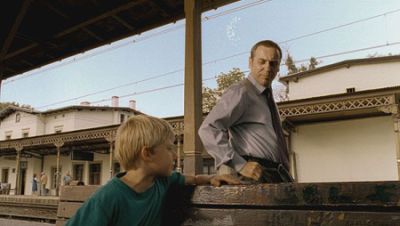 The movie titled “Tricks,” directed by Andrzej Jakimowski, won the Label Europa Cinemas Award for the Best European Film during this year’s 64th International Film Festival of Venice. The movie was honored during the Venetian special screenings called Giornate degli Autori (Venice Days), a local version of the Quizaine des Realisateurs (Directors’ Fortnight) in Cannes or Berlin’s Panorama section. The movie now will receive additional promotion and will be introduced to the international audience. It will be distributed in more than 400 European cities and 55 countries.

“Tricks” is a story of a 6-year-old boy named Stefek, who challenges the fates. He believes that a chain of small insignificant events will help him to get closer to his father, who abandoned his mother. His older sister helps him to learn how to “bribe” fate with small sacrifices. “Tricks” eventually bring their father home, but in the crucial moment, they have nothing valuable left to bribe with. Desperate, Stefek tries his luck with the riskiest of tricks.

The movie will be on in Polish movie theaters beginning October 26. Earlier it will inaugurate the 23rd Warsaw International Film Festival to be held from October 12-21.

Andrzej Jakimowski was born in 1963 and studied film making in Katowice. His first feature, “Squint Your Eyes” won numerous top awards at Polish and European Festivals and turned out to be the cinematic event of 2003.