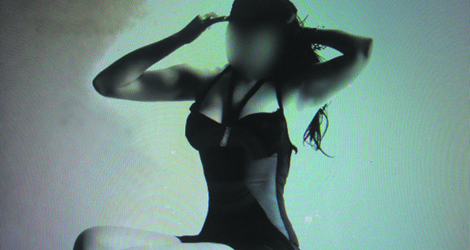 “I pay for sex. So what? The girls here like me, I treat them better than their own men and we have fun. A lot of guys who visit Krakow are at the same thing. People need to get over themselves.” Uncomfortable words, but how surprised should we be that a tourist hotspot like Krakow is also on the sex tourism trail?

Shamelessly candid Mike, a 42-year- old plumber from Liverpool, is a self- proclaimed sex tourist. His eyes light up with expert acumen as he describes his favourite brothel on ul. Długa.

“It’s not exactly high end, but I don’t like that kind of thing anyway, I pay 200 złoty for an hour and have a little fun. Okay, the girls aren’t stunners, but they mind themselves more than the girls at home, and age better. It gets a lot of foot traffic – being on a main street – and there’s a big sign over the door. Any idiot can find a brothel in Krakow, they’re everywhere.”

He’s right, they are everywhere. Flashing neon come-ons are a common feature on streets just minutes from the Market Square. Signs spell out lewd services for passers by, some I have seen pause momentarily before deciding on a whimsical indulgence.

And there is a wide selection. Just around the corner from Mike’s favourite on ul. Długa, another venue advertises a sauna, a solarium and a glory hole among its attractions.

You might be forgiven for mistaking this openness as a sign of legality. It is not. Polish law allows streetwalkers and escorts to trade independently, but prohibits the establishment of brothels and the practice of pimping.

Head out from the Old Town on any major route and you will quickly find a ‘massage’ joint that hints heavily at other services, or openly advertises them.

Krakow is full of brothels that barely bother to put up the window dressing to make their premises appear legal. Escort agencies are allowed to put clients in touch with prostitutes, and charge a fee for this service, on the condition that the escorts are not working together on the premises.

But many of Krakow’s brothels, which usually have girls working in the building, prefer the guise of sauna, solarium or massage parlour. Presumably the word ‘agency’ just isn’t sexy enough.

The city’s law enforcement agencies seem to be turning a blind eye. This provides plenty of entertainment for sex tourists, but also brings darker problems ranging from protection rackets to human trafficking. According to a recent report on prostitution in Poland, local and foreign sex workers claim they have to pay protection money to organised criminals and corrupt police officers.

La Strada, an international anti- trafficking organisation, says that it is much harder to reach sex workers operating in brothels than those on the street. These may be women who have been trafficked into Poland against their will, or underage girls. Kept in flats, they become invisible to everyone but their clients and their pimps.

A Google search will quickly turn up ‘legal’ online escort agencies listing girls in every Polish city, along with prices and comments from satisfied customers. These women operate out of private apartments and their prices are generally the same as those in brothels.

But if brothels are being allowed to operate almost openly in Krakow, how likely is it that the authorities are rigorously checking up on the legitimacy of online escort agencies? How many of these women, some offering services for as little as 12 euro, are actually operating under pimps or madams?

While the authorities would like you to believe that all is well in Poland’s semi- legal sex industry, statistics paint another picture. Poland has a high number of migrant sex workers – the average estimate is 33 per cent – many of whom are from Ukraine, which has the highest HIV infection rate in Europe. And these numbers are not made up of heroin addicts or gay men, the hardest hit are young female sex workers.

Despite the threat of infection and subsequent trips to the clinic, or worse, Mike the sex tourist protests he is always careful and is defiant in the face of criticism. Defiant that is, until I mention the fact that brothels are illegal in Poland.

“Illegal? You’re joking! Seriously? Get into any taxi and they’ll take you to a brothel, walk down the street and you’ll find one… You’re having me on.”

It does seem like a joke – the whole messy charade of payoffs and neon lights. Neon lights that seem to shine with the presupposition of legality. But then, presuppositions are dangerous things.

57 thoughts on “‘Any Idiot Can Find a Brothel in Krakow’”