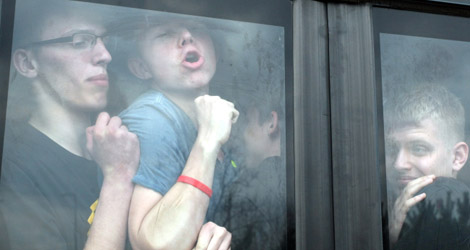 Krakow was reeling today as news emerged that Kielce has stolen one of its greatest claims to fame – the world record for the largest number of people on a bus.

246 students from Norwid High school in Kielce crammed onto a city bus on Monday, smashing the record of 229 set by the Faculty of Mechanical Engineering of the Krakow University of Technology.

The, presumably very thin, Kielce students have previously set a record for the most people dancing a Polonaise in one place.

The Krakow Post invites Guinness World Record adjudicators to try the 130 to Dworzec Główny any weekday rush hour if they really want to see an unbelievable number of human beings in one vehicle.