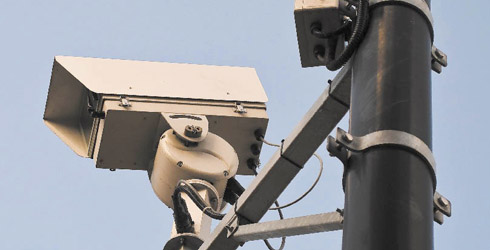 The government has withdrawn from a 20-million złoty high-tech surveillance project based in Krakow amid accusations that it would violate constitutional rights.

A man moves hesitantly along a street, then leaves a parcel near a bus stop. He might just be forgetful, or he might be planting a bomb. If informed early enough, the bomb squad could investigate, but where do you find hundreds of trained personnel to watch all of the city’s CCTV cameras around the clock?

This is where technology comes in. If you can get a computer do the dull job of watching everything and reporting possible threats to humans, you can save a lot of time and money. But how do you program a machine to see the world as acutely as a human?

The INDECT project (Intelligent information system supporting observation, searching and detection for the security of citizens in the urban environment) is an EU-funded research project intended to provide the answer. The programme was launched in 2009 and was expected to end in 2013.

It is based on an intelligent monitoring system that uses cameras, microphones, motion, temperature and pollution sensors. The data streams from these instruments are passed to a computer command centre, where algorithms screen it for any unusual behaviour that might mean a threat to life, health or public security.

The system is capable of recognising aggressive human gestures or the visual profile of a person falling to the ground. Another goal is for INDECT to be able to recognise wanted criminals on the street, or to go online and scan websites for child pornography.

Financed mainly by the EU, INDECT is co-ordinated by Krakow’s Academy of Mining and Metallurgy (AGH) and involves several partners in Poland and elsewhere in Europe, including universities, police forces, and customs authorities.

The prototype was to be installed in Krakow’s Ruczaj housing estate and the finished technology was to be used by Polish special services such as the Internal Security Agency. Among other agencies and institutions interested in buying the technology are: Europol, the Spanish Ministry of Defence, and Latvian, Romanian, Maltese and Czech police.

But in mid-April, a spokesperson for the Polish Ministry of Internal Affairs announced that neither the police nor the Ministry would participate in any further development of INDECT.

The official reason was that the police already have sufficient equipment to detect threats to public security, but it is suspected that the change of heart is a reaction to recent protests about INDECT and the Anti-Counterfeiting Trade Agreement (ACTA). Polish member of parliament Barbara Bubula recently called INDECT: “An Orwellian system of surveillance.”

The Minister for Internal Affairs, Jacek Cichocki, has also admitted that: “the project disturbs the balance between security, freedom and the privacy of citizens.”

“Scientists working on the project have not done enough to dispel people’s doubts,” he added.

The rector of AGH, Antoni Tajduś, said that the university has not yet been officially notified of the change in plans but that: “The Ministry’s decision slightly hinders our work, but doesn’t totally disrupt it, since we are still co-operating with other partners. We will finish it anyway, but we will see if it is used in Poland or not. I believe this is a project dedicated to improving security, not for spying on the public,” he said.

However, the rector admits that INDECT is only a tool and, like any tool, its use will depend on the buyer’s intentions.

“The scope of police and security powers is not clear in this area. We also need to remember that INDECT technologies will be available to commercial entities beyond democratic scrutiny,” said Katarzyna Szymielewicz of the Panoptykon Foundation – an NGO that monitors privacy protection.

“We have reservations about the possibilities of integrating the data and, therefore, the possibility for state and private institutions to profile members of the public. This might violate the right to privacy or equality measures in the constitution,” she said.