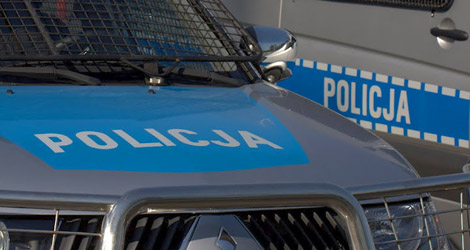 A bus driver accused of the murder of a British student in Krakow last summer has told a court that the death was accidental.

The body of 21-year-old art history student Catherine Z. was found in a ditch on July 30. A student at the University of Kent, she was in Krakow to pursue a career in journalism.

Mirosław L., 45, was arrested on suspicion of murder in August last year. His trial began in Krakow on April 24. Catherine Z.’s parents, were in court for the hearing.

The bus driver admitted attacking Catherine Z., who was a passenger on the late night 610 route. But he told the court that he ‘lost control,’ and had not meant to kill her. He claims that a series of ‘annoyances’ – a ticket machine that was out of order, and noisy late night passengers among them – preceded the attack. When Catherine realised that she had missed her stop and asked him to turn back, he said, he ‘snapped.’

The newspaper Gazeta Wyborcza reports him as saying: “I feel sorry for what happened.” British tabloid the Daily Mail reports that Mirosław L. begged the court for leniency, saying that he had children to look after and financial problems to resolve. He said he had been under great emotional pressure at the time of the attack and had lost control.

The prosecutor in Krakow carried out a nine-month investigation ahead of the trial. The case against Mirosław L. is that he was aware of what he was doing. The prosecution claims that the driver beat Catherine Z., and when she fell into a water-filled ditch, leaned on her. The cause of her death was recorded as drowning.

The prosecution further suggests that Mirosław L. acted rationally after the event. They will seek to prove that he disposed of evidence carefully, and then left Krakow, for ‘rational’ fear of the consequences of his actions.

Catherine Z., who was working at Krakow’s Galeria Zderzak, wrote a review for the Krakow Post just days before her death.