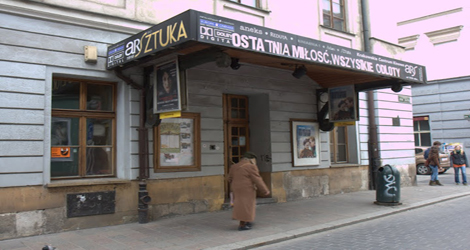 A popular independent cinema that was due to close at the end of April has received an 11th-hour reprieve, after the owner of the building agreed that it could remain open for at least another week.

Kino ARS, on ul. Św. Jana, has in its 17 years become iconic amongst Krakow’s cinema-goers. They, along with city actors, musicians, politicians and more launched a protest against the closure, and several thousand people signed up to a Facebook campaign. Nevertheless, it looked as though the cinema would close as planned, because Andrzej Kucharczyk, creator of the original ARS (‘Aneks, Reduta i Sztuka’), said that a 100 per cent rent increase by the building’s owner was beyond his reach.

Right up to the last moment, Mr Kucharczyk told fans – via local media – that it was sad but inevitable that ARS would go out of business, at least temporarily. He was looking for a new venue, he said, and the Mayor of Krakow, Jacek Majchrowski, had pledged to help in the search.

However, this week the cinema was operating as usual. A brief note on the ARS website reads: “Our boss was called on April 30 by the owners of the building, and he was told that a final decision about the future of cinema will be made in a week (May 7). The boss had previously made ​​another offer to rent the cinema premises. Details will be given at a press conference on May 8.”

No further information is available at present.