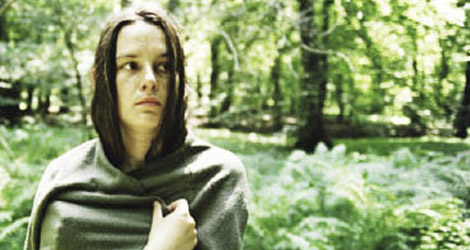 Directed by: Wilhelm and Anna Sasnal

Could the French Extremity label proposed by James Quandt be applied more generally to a certain type of European cinema? The sordid corporeality and violence for the sake of violence that has emerged in the Greek New Wave has also appeared in various other films across the continent. Perhaps Z Daleka Widok jest Piękny represents the archetype of a future Polish Extremity. This haunting and ascetic feature was co-directed by Wilhelm Sasnal and his wife Anna. Sasnal, a graduate of Krakow’s Fine Art Academy, has been more closely associated with the international art scene than with cinema until now. Z Daleka Widok jest Piękny can be regarded as a close up of a Polish village, with its human specimens and scrapped cars abandoned halfway between Tarnów and Krakow. As the title suggests, the scenery is bearable only if observed from a safe distance. The encomium to daily life in all of its banality developed by the visual artists of the now dissolved, Krakow-based Grupa Ładnie (Nice Group), to which Sasnal belonged, is reflected here. It is almost impossible to provide spoilers for Z Daleka Widok jest Piękny since the daily life of this rural community over one summer is recounted with almost no plot or dialogue. The sudden disappearance of one villager is the movie’s sole concession to traditional storytelling. In a strange paradox, the deliberate banality of the film’s static scenes enhances its originality. The Sasnals’ debut feature works on the same gut level that Shōhei Imamura’s most visceral movies reach. 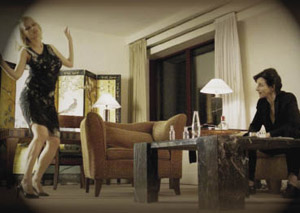 Many Polish film directors have benefited from the Paris-Warsaw axis forged by French television network Canal+, which often takes on the lion’s share of co-production costs. Features by Krzysztof Kieślowski and Andrzej Żuławski have won the respect of French audiences, and patrons. Hopefully, the innocuousness of Małgorzata Szumowska’s latest film will not erode her future career, or the excellent Polish-French moviemaking partnership. The English loan word ‘sponsoring’ is used in Polish to refer to relationships between young women and sugar daddies. Szumowska wrote the script using material from interviews with young prostitutes. Similarly, Anne, the protagonist played by Juliette Binoche, repeatedly and obsessively interviews two young Parisian call girls for an article she is writing. Despite her instinctive professional detachment, Binoche’s character begins to question whether it is her or the two prostitutes who are subject to the worst abuses. Szumowska has described the young sex workers as victims of consumerism, but Szumowska is equally a victim of her own choices, especially with regard to the conventional script penned in association with Danish rookie Tine Byrckel. Szumowska has also made poor use of the Polish cast, with senior actors given only a few scenes here and there. Krystyna Janda appears fleetingly as Alicja’s mother and Andrzej Chyra, depicting a sadistic client, puts in a performance that evokes the butter scene in Last Tango in Paris (1972). We truly hope that Madame Binoche will be willing to work with Polish film directors again in the future. 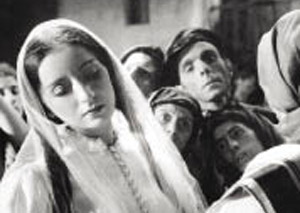 There is little left of Yiddish art from between the World Wars. In the 1930s European Jewish artists sowed the seeds of a cinematic and theatrical star system that later became the international standard. The Habima Theatre, then based in Moscow and now Israel’s national theatre, brought Hebrew works to non-Jewish audiences from the first decade of the 20th century and hazzan cantors toured Europe like opera stars. Yiddish artists also attempted to create their own cinema. Dybuk is based on the 1914 play of the same name by Russian writer S. Ansky. The play was a huge hit in Warsaw in 1920 and Waszyński’s cinematic version was made in the Polish capital 17 years later featuring some of the biggest Jewish stars of the time, including the hazzan cantor Gerszon Sirota and a severe but enticing Lili Liliana. Waszyński, who eventually settled in Italy after filming on the front line at the Battle of Monte Cassino, succeeded in revamping this modern classic of Jewish theatre. Waszyński included outdoor shots and made use of chiaroscuro effects to light the most sumptuous scenes of the film. The Expressionist element is reinforced by the use of ghostly special effects much loved by German cinéastes in the 1920s, including F.W Murnau, who Waszyński worked with as assistant director. Interspersed with monotonous chants and consuming invocations to Yahweh, this macabre parade of god-fearing characters is all that remains of a Yiddish cinema tradition that was cruelly nipped in the bud.