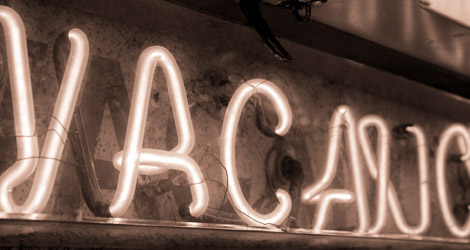 While Krakow prepares to welcome up to 100,000 football fans for this summer’s European championship, some experts have warned that the tournament could have a negative effect on tourism in the city.

Krakow will not host any Euro 2012 matches, but with England, Italy and the Netherlands set to make the city their base for the duration of the tournament, many fans from each of these nations are expected to descend on the city to be close to their idols. However, the influx of football fans could put off other tourists, who would otherwise have come to Krakow in June.

Hoteliers in the city centre have reported changes in their usual booking patterns for summer. Some say that numbers are down by as much as 10 per cent, while others say that the loss of regular summer tourists has been compensated for by visitors coming to Krakow for the tournament.

Zbigniew Janczur, manager of the Capanile hotel, told the newspaper Gazeta Wyborcza that bookings were noticeably down compared to last year.

He said: “Our regular customers are not interested in reservations for June. They were with us in April, and we expect them to arrive again in July.”

It was a similar story at the Qubus hotel, and, at a prestigious hotel on the main square the manager added: “In June, it is mostly tourists who come to us. This year, however, we have a few empty spaces. In our opinion, this is because of Euro 2012. The average tourist who is not interested in the championships does not want to come to the city; paradoxically, the championship has damaged us.”

However, at Radisson Blu, the tournament is expected to have a positive impact. Wojciech Liszka, sales director, told Gazeta Wyborcza that regular summer business was down. But, he added: “The deficiency is completely compensated for by groups strictly related to the event.”

For tourism in general, the businesses that rely on the tide of summer visitors are holding their breath.

Mirosław Ernest, owner of Ernesto Travel, told the newspaper that travel agents with unsold packages on their books would be hit hard.

He added: “This will be the worst month of the year for the whole of the Krakow tourism industry, and therefore, for example, for restaurateurs.”

According to Jacek Bochenek, director of sports consultation firm Deloitte, the situation in Krakow is not surprising. Mr Bochenek said hotels, many of which raised their prices for the duration of the tournament, were competing with a flood of private rental deals as Poles seek to cash in on the event. Euro 2012 was also facing a challenge from the London Olympics in the battle to win the hearts and wallets of sports fans.

However, city officials remain confident that Euro 2012 will bring many benefits to Krakow.

Filip Szatanik, spokesman for the city magistrate, said: “We anticipate that 100,000 more visitors than is usual at this time of year will be coming to us during Euro 2012. I am convinced that the city will be vibrant in June.”