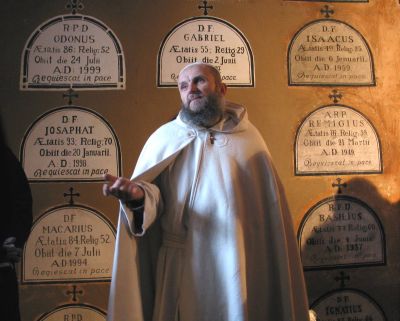 Krakow is famous worldwide for its beautiful churches, built in different styles from Romanesque, Gothic and Renaissance through Baroque to Neoclassical. Over 90 percent of these churches are Roman Catholic. However, the few that belong to other religious traditions also deserve attention.

The second biggest denomination in Poland, after the Roman Catholic Church (34 mln members), is the Orthodox Church. However, the exact number of Polish Orthodox worshippers is hard to estimate. “No official count is kept,” said Jaroslaw Antosiuk, an Orthodox parish priest in Krakow. “We think there are between 400,000 and 1.2 mln Orthodox worshippers in Poland.” In Krakow there is an Orthodox church at ul. Szpitalna 24. Again, the exact number of worshippers is not known. The Krakow parish not only includes the city, but also wide areas of the Malopolskie district. According to Antosiuk, Krakow’s parish might have between 250 and 350 members. The first Orthodox pastoral center in Krakow was created in 1918 as a garrison church. It was located on ul. Lubicz and later moved to a barracks on pl. na Groblach. Soon after World War II broke out, the parish was evicted from the barracks. Worshippers started to look for a new seat. In 1940 the Orthodox parish received the building on ul. Szpitalna where Krakow’s Jews once worshipped. The Ahawat Raim synagogue was established around 1900 and devastated by Nazis at the beginning of World War II. When the war ended, Jews laid claim to the building at ul. Szpitalna 24. However, their claims were refused and the building was officially given to the Zasniecie Najswietszej Marii Panny (Falling Asleep of the Holy Virgin) Orthodox Parish. The third largest religious denomination in Poland is Evangelical Augsburg Church, with about 80,000 members. The Protestants’ seat in Krakow is at ul. Grodzka 58, where St. Martin’s Evangelical Augsburg Church is situated. St. Martin’s was built as a Roman Catholic church in 1637-1644 in the early Baroque style, following the design of the acclaimed architect Giovanni Trevano. It stood at the place of a former St. Martin’s church that dated back to the 13th Century.

Until 1787, Carmelite nuns resided in the church. When they moved into a newly built monastery on ul. Kopernika, St. Martin’s Church was put up for sale. And in 1816 the church was handed over to Krakow’s Protestants. The church has a simple structure – only one nave, no chapels and an arched roof. On the altar is the painting “Stilling of the Storm at Sea,” created by the famous Polish artist Henryk Siemiradzki in 1882. Above the painting is a 14th Century crucifix. Poland’s fourth biggest Christian church is the Ukrainian Greek Catholic Church with about 50,000 worshippers. In Krakow the home of the Ukrainian Greeks is at the end of ul. Wislna, next to Planty.

Although many local synagogues were destroyed during the war, we still can admire some very beautiful temples that for centuries served the local Jewish community. In Kazimierz seven synagogues remain. On Szeroka street is the oldest existing Polish synagogue, the Old Synagogue. It was built either in 1407 or in 1492: the date varies with several sources. The synagogue was devastated and ransacked by the Nazis during World War II. During the war, the synagogue was used as a warehouse. The building was renovated from 1956 to 1959 and currently operates as a museum. Another beautiful synagogue is Kupa Synagogue on ul. Miodowa. The temple still serves Krakow’s Jewish community as one of the venues for religious ceremonies and cultural festivals. The Kazimierz Jewish Town’s kehilla (kahal), a municipality, founded the modest Kupa Synagogue for the poor in 1643. The building underwent many alterations in the ensuing centuries, and recently it has been meticulously restored. The colorful interior of the temple serves as an exhibition hall and a venue for musical events.