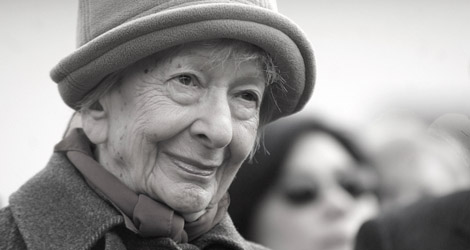 A 3.5 million złoty foundation for the promotion of literature has been founded according to the will of the poet  Wisława Szymborska.

Ms Szymborska, who died on February 1 and whose remains were interred in the family tomb at Rakowicki cemetery, left the bulk of her estate to the foundation. Her secretary Michał Rusinek said the amount of money was publicised because Ms Szymborska had wanted the fund to be administered transparently.

Mr Rusinek told a press conference that the section of the will detailing the establishment of the foundation had been placed in the public domain. Only those sections relating to personal bequests would remain private, he added.

In the last months of her life, Ms Szymborska had been working on a new volume of poetry, entitled Wystarczy (Enough). It contains 13 pieces, many of which have appeared in the literary press, and will be published this month, by A5.

Another collection of Szymborska’s poems, titled The Joy of Writing, has taken the bestseller charts by storm – in Italy. Translated by Pietro Marchesani and published as La Gioia di Scrivere, the book spent four weeks at the top of the Italian chart, selling 64,000 copies in the month after her death. It is a collection of poems written between 1945 and 2009.

One thought on “Szymborska’s 3.5m zł Gift to Poland”