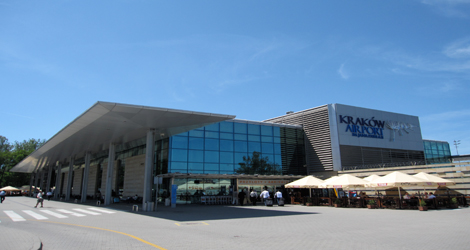 Visitors to Krakow arriving at the Balice John Paul II airport this week were met by the distinct aroma of Polish beer – after a delivery truck overturned nearby, tipping almost a thousand bottles across the road.

Gazeta Wyborcza reports that the truck crashed at around 7pm on April 12, while the driver was trying to negotiate a traffic island near the entrance to the airport. Police officers and fire crews were on the spot in minutes, and the driver of the truck was given an alcohol breath test. The newspaper reports that he was sober.

However, two young men were arrested at the scene, and charged with attempting to steal 130 of the bottles. The men, aged 19 and 24, pleaded guilty.

The accident was reported on the airport’s Facebook page, as access was blocked for more than an hour.

Published shortly after the accident, the report said: “Because of an accident at the roundabout, access to the airport is difficult. Police re-directed traffic, but it is not known how long the problem will last.”

Eye-witnesses told Gazeta Wyborcza that the smell of alcohol shrouded the airport long after the road had re-opened.