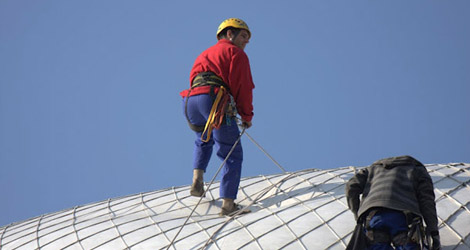 Krakow Post photographer David McGirr caught these intriguing shots of climbers. But what is that peak they are scaling? 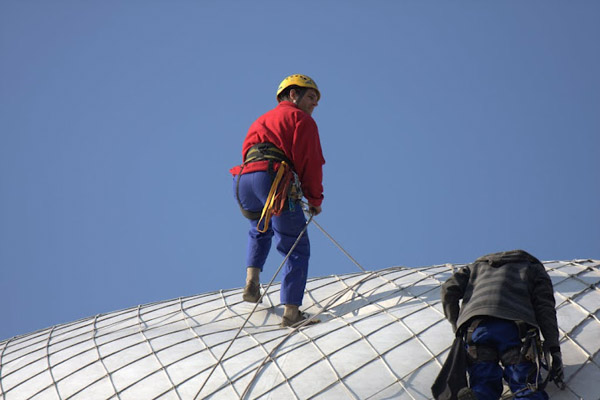 Cresting a snowy ridge in the Tatras? 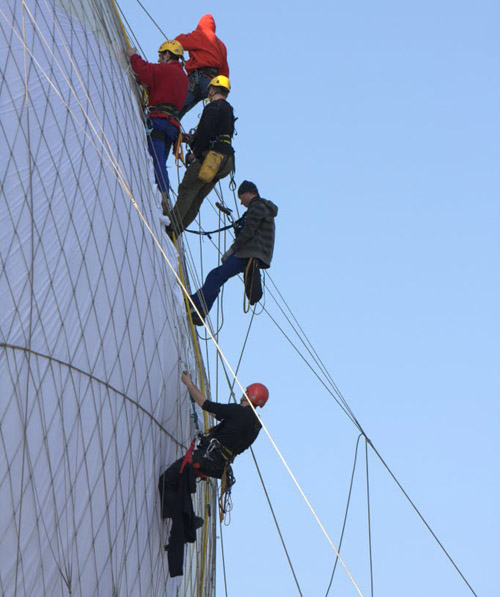 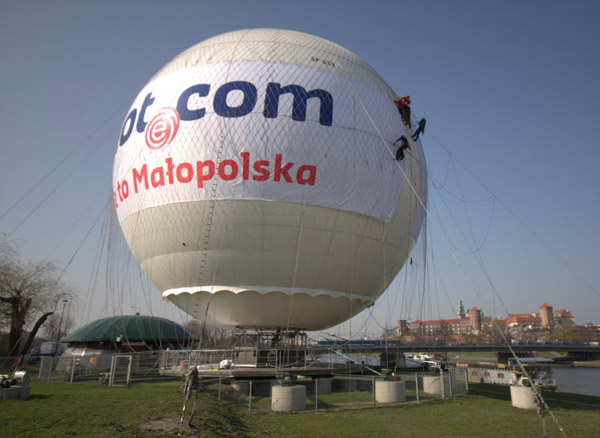 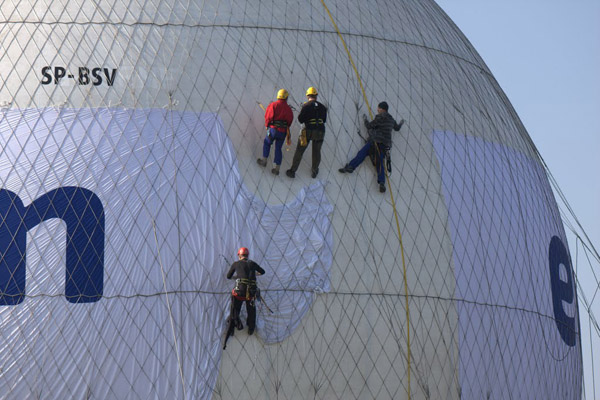 Climbers using mountain gear installed the banners for eurolot.com on Tuesday. Crampons and ice picks were left at home.

The balloon has been controversial since it first appeared above Krakow in 2009, with some local groups claiming it spoils views of the city and important national landmarks such as Wawel Castle and Skałka church.

Advertising first appeared on the balloon in 2011, after it moved its base of operations to the south bank of the Vistula. The latest ad, for the low-cost subsidiary of Polish national carrier LOT, replaces an ad for the Atlas chemical company.

In August of 2011 an unknown assailant shot an arrow at the balloon as it sat tethered on the ground.

Have you caught something surprising, amazing or beautiful on film? Send your photos to editor@krakowpost.com