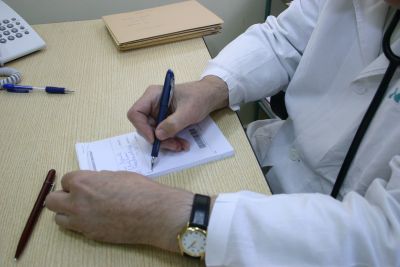 Dr. Ilona Rosiek-Konieczna, 58, is suspected of wangling 300,000 zloty (around 80,000 euro) from the regional Health Fund in Malopolska province in 1999, reported the newspaper Gazeta Wyborcza. She provided 6,000 prescriptions free of charge for people who were not entitled to such service ? because they did not have money.

Dr. Rosiek-Konieczna used information about war-related health problems for the prescriptions. In Poland, people with such health problems do not pay for medicines. Now she could be sent to prison for eight years. Police officers who questioned her could not believe a person who wangled 300,000 zloty in a year, does not have her own apartment or car, never went on foreign vacations and in her bathroom was soap that cost 0.57 zloty. During questioning, Dr. Rosiek-Konjeczna told the following story:When communism fell, poor people from Krakow and neighboring villages came to her seeking help. And she helped.

One of her patients was Malgosia, who was homeless and suffered from hypertension. The doctor also helped 8-year-old Agnieszka with anemia, and deadly ill Zbyszek, whose lungs were damaged. Dr. Rosiek-Konieczna had time for everybody. She did not take money for visits ? she even distributed medicine for free. But at the end of the 1990s, the medicines were drying up as the number of poor increased. Many could not afford vitamins, even when what they really needed was antibiotics. Dr. Rosiek-Konieczna decided to start prescribing recipes with “IWB” (For War Invalids). The first prescription was in the name of her mother. The medicine was for an ill boy, whose name and condition she does not remember now.Someone told her he had fever and fainted. A physician from an emergency room gave him an injection and prescribed drugs, then left. His parents could not afford antibiotics. So Dr. Rosiek-Konieczna sat down at his bed and wrote: Zofia Rosiek, 78, IWB and the name of this antibiotic. The second prescription she wrote was for her father.If her father took all of the medicine that she would later have prescribed in his name, it would be 110 tablets a day, reported the National Health Fund (NFZ). Her mother was in a similar situation. “Did you want to kill them?” police officers asked. “No,” she replied. “I wrote these recipes to help the poor.” She said she does not remember to whom she has gave medicines she prescribed “for her father.”

All she remembers is that her father protested vigorously when he learned about it. He is a lawyer and an honest man who expected the same from his children. Dr. Rosiek-Konieczna decided not to say anything more to her parents about the prescriptions.Many veterans are treated in the health care center where she worked, in the Nowa Huta district.

She began prescribing drugs in their names. “I could not just give vitamins to the person whose organism was destroyed by misery and alcohol,” she explained. “It was necessary to cure the whole body: heart, kidneys, liver and nervous system. I had to ask him to do several medical tests.” She created a network of physicians who believed as she did, that human beings must be valued. She and her colleagues took the homeless to wards, tested them and helped them get the drugs they needed. Today they do not want to talk about it for fear of consequences. Many still sympathize with her. “She did not divide people into poor or rich. Ilona really cared about people,” said one of the doctor’s friends who also worked in the health care center in Nowa Huta.Dr. Rosiek-Konieczna had a particular weakness for the homeless. She gave them blankets, food, clothing, even apartments. She opened her house too so they could have a place to shower and have a meal.

Sometimes they all stayed at the same time. The doctor believed that one day they wold be able to lead normal lives again. She took a loan and bought a bus for them. The business plan was simple. They were supposed to drive around Krakow and sell cool drinks in the summer and coffee and tea during the winter. But the homeless sold everything, including the bus, to buy alcohol. She has yet to finish repaying the loan. One winter was particularly difficult for her. Her apartment’s windows leaked and it was a brutal winter. Patients asked why her hands were so red but they did not ask why she seemed so sad.

“At the end God has heard me,” she said. He sent Jurek, a former policeman, who has just quit drinking. Jurek taught her to say “no.” The illegal prescriptions stopped. The doctor and Jurek were happy together.Today Dr. Rosiek-Konieczna says Jurek opened her eyes. “I wanted to be like a God and I thought that I will help everybody.” Today she helps just 34 people, those who live at the hostel for homeless at Zamkowa 15 Street (next to the Wawel Castle). During the last six years several people she helped have started their own families. Dr. Rosiek-Konieczna lives with Jurek on the eighth floor in a small 38-square-meter apartment.

All her belongings date to the 1970s, including her furniture. The prescriptions she wrote are under investigation by the police and prosecutors’ offices. All of them must be checked and verified. Police have to find the pharmacists and patients from the 1990s. Hundred of people have to be questioned. Graphologists confirmed Dr. Rosiek-Konieczna’s handwriting on the prescriptions.

Evidence indicates that the medicines did not hurt anybody and that she did not even earn 1 zloty from the prescriptions, police said. She broke the law, but she has helped people too”I don’t know if I wouldn’t do the same if I was in her place,” said one of the policemen and complimented the doctor for her cooperation. Similar doubts have been raised in the prosecutors’ office. So far no indictments have been returns but it seems unavoidable. “If it will be necessary, we will go to court,” said one of the doctor’s patients.

When asked by Gazeta Wyborcza what they will say in her defense, they gave the following statements:”I was homeless, dirty, smelling, I lived in channels ditches. I had nothing except an identity card pinned to my blouse. When I get ill, people treated me as a dog. Mrs. Ilona accepted me as person. She gave medicines and asked me to come back (for checkups). The doctor did not take even 1 zloty for my treatment. I stopped drinking because of her and I have the first house in my life.

I live!” said Malgorzata Kopacz, 45, one of the doctor’s patients.”About these kinds of people you say ?sucker,’ because she cured those, who were useless for the rest of society. The doctor was thinking about people not about money. If she has broken the law, then she did it for me and for poor Zbyszek, who was dying of lung cancer at our hostel. The doctor arranged morphine for him and sat at his bed when he screamed like an animal. And she did not complain that his body stinks. She did not say ?I am Mrs. Doctor’, but ?Zbyszek don’t be scared, I am here,'” said Tomasz Paszkowski, 55.