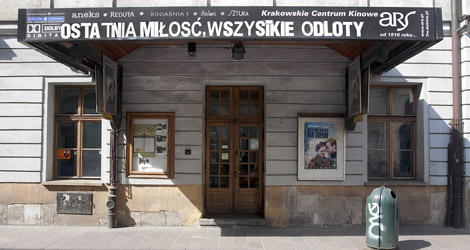 The picture says it all. The titles of two movies, run together above the entrance to a cinema that has become an icon on the city’s cultural landscape, form an ironic farewell – ‘Last love’ and ‘All departures.’

It doesn’t take a great leap of imagination to believe that the alignment of the banners for the movies Ostatnia miłość na Ziemi and Wszystkie odloty Cheyenne’a is deliberate, an example of the independent spirit that has earned Kino ARS a place in the hearts of Cracovian movie-goers. Those same cinema lovers have now joined forces with actors, politicians, singers and more, to protest the planned closure of the cinema.

Kino ARS, on ul. Św. Jana, has in its 17 years welcomed around four million viewers. Among the guests have been Oscar-winning actors Morgan Freeman and Jon Voight, and darling of the Polish silver screen Joanna Brodzik; Ms Brodzik immediately won the hearts of ARS’ legion of fans, by claiming during her visit that it was the cinema she loved the most.

But, on April 30, the cinema will close its doors – put out of business by a 100 per cent rent increase. 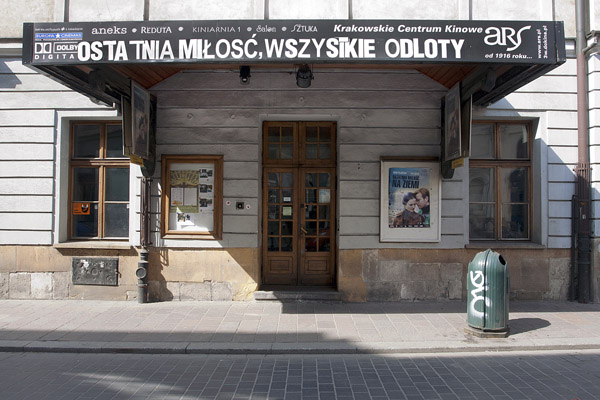 Andrzej Kucharczyk, creator of the original ‘Aneks, Reduta i Sztuka’ cinema, which now boasts six individual and characterful screening rooms, told the newspaper Gazeta Wyborcza that it was impossible to meet such demands.

He added: “We cannot pay that much. In today’s clash with traditional cinemas and multiplexes ARS coped remarkably well. But this increase has finally killed us off. We did our best to keep the cinema, but could not. We can only thank our viewers for the years together.”

Krzysztof Gierat, director of the Krakow Film Festival, said ARS was a popular, significant venue that was “permanently etched into the cultural landscape of the city,” adding:

“Powerlessness in the face of market reality here is overwhelming. Krakow has lost a very important address, which I’m afraid that soon everyone will forget as if those 17 years had not happened.”

The singer Grzegorz Turnau fondly remembered his first date – “at the age of eight” – in ARS. He suggested that, if finance is the only problem, now would be the time for a well-heeled film-buff to step in as patron. Actor Krzysztof Globisz said drama students had learned a lot in the halls of ARS, and that he had attended regularly. Even politicians have become involved; Ireneusz Raś, head of the PO’s Małopolska branch, recalled spending the traditional spring ‘truancy’ day there as a child, and vowed to lobby on behalf of the cinema.

Katarzyna Magiera, a journalist with Radiofonia, told Wyborcza that the closure of ARS would be a “great loss” in sentimental terms. But she also said there were practical reasons for the cinema to continue operating.

Ms Magiera said: “If we allow such places as Kino pod Baranami, ARS, and Agrafka to suffer from these problems, the city could become a commercial wasteland.”

Initial reports suggested that the unnamed owner of the building had already found a new tenant willing to pay the rent on the property. Supermarket giant Carrefour was believed to be the most likely to take over the prime city centre spot, but Carrefour Polska’s press office has released a statement reading:

“We would like to inform you that our firm has no plans for investment relating to the opening of retail outlets on ulica Święta Jana.”

2 thoughts on “The Final Reel”