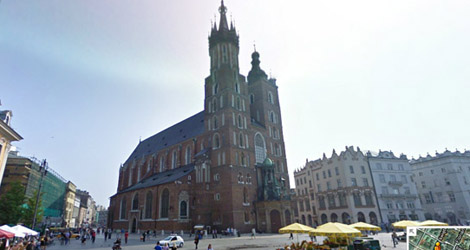 Google has launched its Street View service in Krakow and other major cities across Poland.

The popular service, first launched in May 2005, was extended to include Warsaw, Krakow, Łódź, Wrocław, Poznań, Gdańsk, Szczecin, Lublin, Białystok, Gdynia, Gniezno and other selected sites on March 21.

In February of this year Google released a Street View test covering ul. Piotrkowska in Łódź – Poland’s longest urban street – after an online poll to find the most popular location in the country.

The launch of Street View in Poland has not been plain sailing. In 2009 the Polish Inspector General for Personal Data Protection (GIODO) ordered Google not to use images it had collected because of privacy concerns.

Google and the GIODO have since reconciled their differences and images taken in 2009 are now being used in Street View, as well as more recent photos.

Other companies, such as Norc.pl, have been providing scrolling, street-level images associated with maps of Polish cities since 2008. 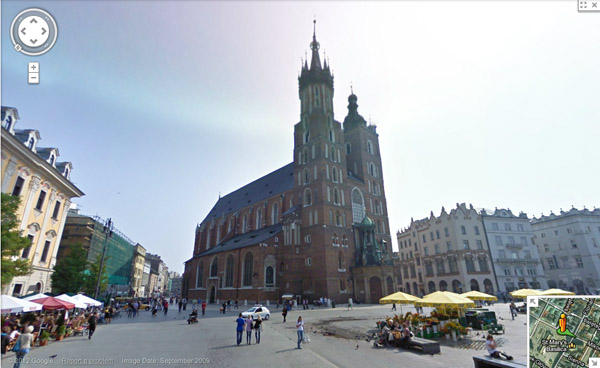 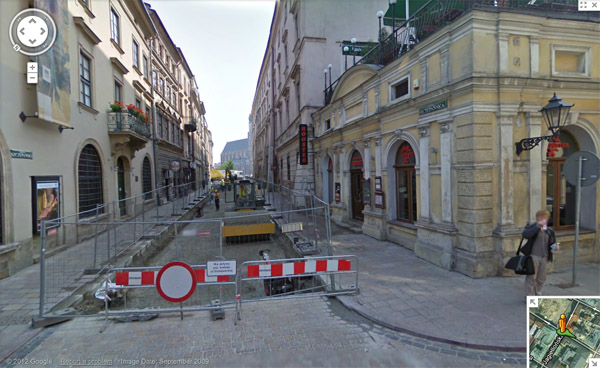 England fans hoping to take a look at their team’s hotel will be disappointed. Ul. Szczepańska, where Hotel Stary is located, was closed for renovation when the Google Street View car visited. Image: Google Street View 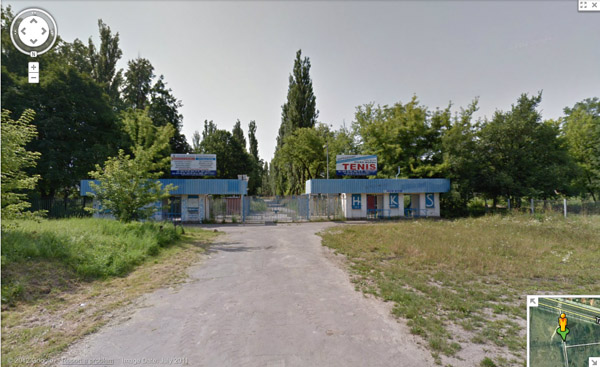 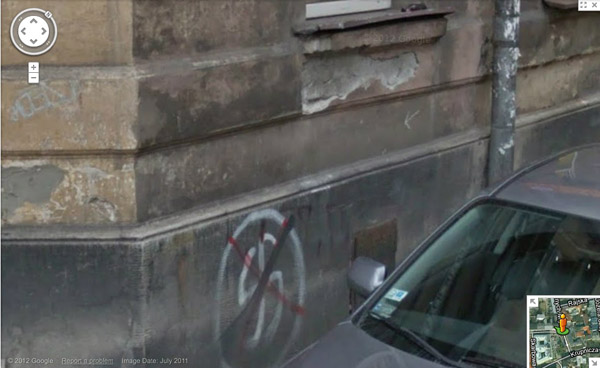 Nationalist and anti-semitic graffiti remains, despite the city’s attempts to clean up. Image: Google Street View 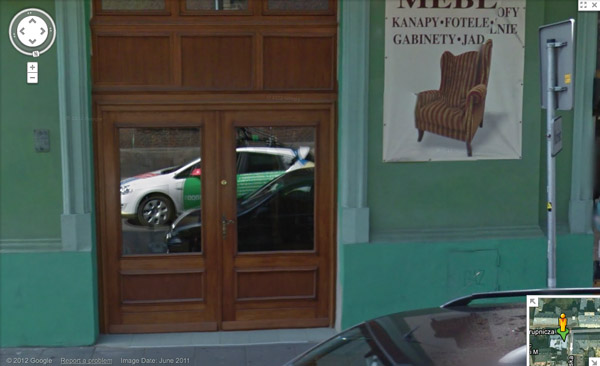 One thought on “Google Street View Launches in Krakow”