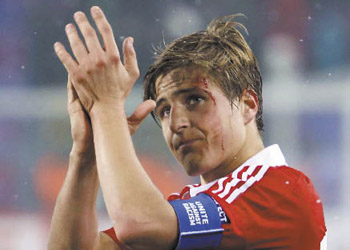 As Wisła end their European foray, they can say they were beaten not by their opponent, but by the age-old rules of UEFA competitions. Wisła and Standard Liège played to two stalemates in the Europa League’s round of 32. Standard’s goal from a penalty in Krakow was all they needed in a 1–1 draw. The scoreless result a week later in Belgium sealed Wisła’s fate.

Nevertheless, this was as far as Wisła had advanced in a European competition since reaching the last 16 of the 2003 UEFA Cup. To match the feat, Wisła needed to beat a team that had conceded only one goal in the group stage.

The first meeting in Krakow was tense from the beginning. Wisła continually probed the Standard defence, culminating with Łukasz Garguła’s strike off the crossbar in the 18th minute. Fortunes turned minutes later when Wisła defender Michał Czekaj was sent off for a foul on Yoni Buyens in the penalty area. Gohi Bi Cyriac calmly scored the ensuing spot kick to give Standard the advantage.

Despite being down to ten men and trailing, the White Star at times looked like the team with the numbers. Wisła passed superbly and flooded the Standard end on several occasions, but their shots continued to veer just wide of the target. They continued to threaten late and were rewarded in the 88th minute as Tsvetan Genkov connected with a Maor Melikson free kick to score from close range. The draw gave Wisła renewed optimism for the second leg.

As the tie shifted to Liège, talk around the club centered on the suspension of Wisła’s Patryk Małecki, who had openly disrespected manager Kazimierz Moskal after being substituted for Ivica Iliev in the first match. Małecki’s absence in the return leg only hindered Wisła’s chances of getting the necessary away goal.

The first half of the match in Liège was mostly uneventful, which played right into Standard’s hands. The hosts’ primary objective was to preserve the clean sheet and counter whenever the opportunity surfaced. Cyriac nearly scored on a header in the 34th minute, but Standard failed to build any momentum from it.

Wisła were dealt a serious blow when Gervasio Núñez was shown a second yellow card in the 63rd minute after taking down Réginal Goreux. With the comfort of a one-man advantage and a favourable scoreline, Standard held the Wisła attack at bay for the remainder of the tie. Wisła ended the night without any attempts on goal.

The last notable action came late in added time when Standard midfielder Serge Gakpé attempted to kick the ball out of goalkeeper Sergei Pareiko’s hands. A livid Pareiko charged at Gakpé and the ensuing shoving match resulted in both men being shown a yellow card as the other players crowded around them. After the final whistle, Pareiko bolted across the pitch toward Gakpé and had to be restrained by his teammates. Players and coaches from both teams immediately rushed into the fray, and order was eventually restored.

Wisła must now focus solely on the domestic front, where a series of critical matches in the Ekstraklasa and Polish Cup are looming.