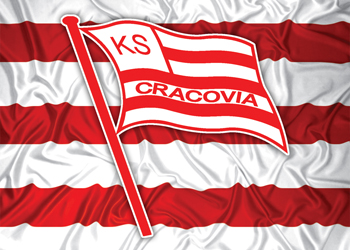 For the sixth time in seven years, Comarch Cracovia is returning to the Polish Hockey League Finals after eliminating their long-time rivals Unia Oświęcim, in four games. Cracovia will be defending their title against a loaded Ciarko Sanok team that is seeking to raise the title trophy for the first time in the club’s history.

Cracovia and Unia had split their six meetings during the regular season, but after a gritty 3–2 win in Krakow to open the series, Cracovia snagged two more wins in Oświęcim. Game 2 ended in a mêlée as Cracovia’s Patryk Prokop traded blows with Mariusz Jakubik from Unia. The animosity between the teams was apparent as the series shifted back to Krakow for the clincher.

Perhaps overconfident, the Pasy found themselves down by two goals early in Game 4 after conceding a soft goal to Unia’s Robert Krajci. Cracovia regrouped in the middle period as the teams went into the second intermission tied 3–3. Unia accrued a total of 28 penalty minutes for the game, the most costly of which came in the third period when Jakubik went to the box for charging. In the ensuing power play, defence man Nicholas Besch blasted a shot from near the blue line to put Cracovia ahead for good. With two minutes remaining, Unia pulled goaltender Krzysztof Borowski to have a sixth attacker, but a turnover led to Piotr Sarnik’s goal sealing the 5–3 win.

After a series filled with bad blood between the rivals, Comarch Cracovia’s head coach Rudolf Roháček gave credit where it was due: “I am glad that we managed to defeat Unia in four games, but I want to emphasize that Oświęcim was a really tough opponent. They played hard, but fair.”

Cracovia’s play was undoubtedly boosted by the return of David Kostuch, a Polish-Canadian forward who was a key contributor for the club last season. After going pointless in the first two games, Kostuch shook off the dust, scoring three goals to go along with two assists in Games 3 and 4.

Cracovia will need his scoring touch against Sanok, a club that has beaten them in five of six meetings on the way to finishing nine points ahead of Cracovia in the league table. Sanok is in the league finals for the first time and have never finished in the medals in their 54-year history.