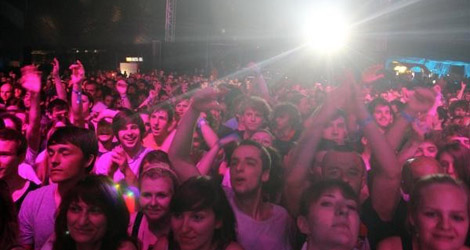 Krakow’s main festivals have received an 11th-hour reprieve, despite fears that budget cuts could drive them elsewhere – but only at the cost of jobs, cuts to services, and last minute negotiations.

Staff numbers at the Krakow Festival Office (Krakowskie Biuro Festiwalowe – KBF) have been reduced from 96 to 90, and it has closed its tourist information points at Lagiewniki and Nowa Huta, in order to keep the likes of Coke Live, Off Plus Camera and Selector, Sacrum et Profanum, Misteria Paschalia and the Opera Rara cycle.

KBF officials have also negotiated new deals with partners, and received a last minute boost of around 3.5 million złoty from the city council. Other savings came from cutting additional events like last year’s Miłosz festival, the celebrations around the beatification of former Pope John Paul II, and events celebrating Poland’s presidency of the Council of the European Union. The KBF will not have to budget for similar events this year.

Izabela Helbin, director of the Festival Office, said the major expenses for the festivals were the fees paid to performers. Licences, translation and equipment hire all added to the bill, she said. Ms Helbin added that the Selector Festival costs 6.2 million zł, and Off Plus gobbled up another 6 million. Coke Live could cost up to 10 million, but outside sponsors footed the lion’s share of the bill.