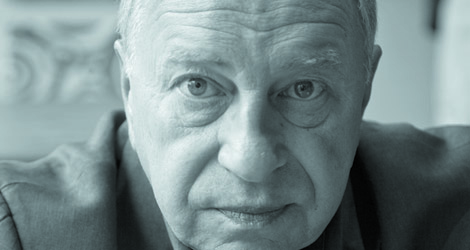 Jerzy Stuhr is a Polish national treasure. His 40-year acting career has included roles in many of the nation’s best-loved movies, from the bawdy 1984 satire Seksmisja to Krzysztof Kieślowski Dekalog series to the voice of Donkey in the Polish versions of the Shrek movies. He is also a noted director, stage actor and screenwriter.

Films directed by Stuhr such as Historie Miłosne (Love Stories, 1998) and Duże Zwierzę (Big Animal, 2000) have received international exposure through the Venice International Film Festival, but his work as an actor is little known outside Poland.

His latest part as a cool Vatican spokesman in Nanni Moretti’s comedy We Have a Pope (Habemus Papam, 2011) is now bringing Stuhr to the attention of an international audience.

The Krakow Post spoke to Mr Stuhr, a native of our city, about his long and illustrious career.

Krakow Post: Why did you opt to reduce your work on stage early in your career?

Jerzy Stuhr: I was lucky enough to get a job at the Stary Teatr in my youth. I quickly became Wajda’s principal, playing a wide range of roles in works by Shakespeare and Dostoevsky, among many others. Some real-life twists happened in 1975. My son Maciek was born and I met Kieślowski.

KP: How did your collaboration with Kieślowski begin?

JS: This encounter encouraged me to approach cinema for the first time. I was cast in his first feature film Blizna (The Scar, 1976). I then appeared in a leading role in Spokój (Peace), the release of which was halted for four years by the censors. In Amator (Camera Buff, 1979) I was an amateur cinematographer who gradually becomes aware of his potential.

KP: When did you begin to feel you wanted to direct yourself?

At the beginning of the 1990s I just felt like I needed to take more on myself. I directed low-budget movies produced in what were harsh times for Poland, such as Spis Cudzołożnic (List of Adulteresses, 1994).

KP: Why did you dedicate Historie Miłosne to Kieślowski?

JS: He was impressed by this project, especially the fact that I was to play four characters in the movie. He continued to give me advice on the project until March 1996, even as his health was deteriorating.

KP: What pushed you to take on Kieślowski’s unfinished project Duże Zwierzę, probably the least personal of your movies?

JS: Janusz Morgenstern rang and told me there was an unreleased Kieślowski script that could be reworked. I soon discovered it was just a six-page treatment. His regular co-writer, Krzysztof Piesiewicz, was outraged when this delicate tale was labelled as ‘written by Krzysztof Kieślowski.’

KP: Do you think Kieślowski intended to make it an allegory of power, with the story of a camel that suddenly intrudes into the life of a small village?

JS: For Kieślowski, the camel was a symbol of artistic freedom in a Poland where individualism was barely tolerated. The ‘big animal’ is also the ‘other,’ which is not accepted by the villagers. From my perspective, the camel represents the freedom to love. People can grow fond of dogs and cats, why not of a camel as well?

KP: How did you come to work with Nanni Moretti?

JS: I attended a screening of Caro Diario (1995) in Krakow in his presence. I was ravished by his approach to film. He has never been afraid of exposing his own life and views in front of the camera. I participated in the debate after the showing with great enthusiasm. A friendship and mutual admiration has continued to this day.

KP: Do you feel artistically closer to Wajda or Skolimowski?

JS: I have built a solid relationship with Wajda on stage through my theatrical career, but we have rarely worked together in movies. As an individualist at work my standpoint has always had more in common with Skolimowski.

KP: Who would you like to work with as an actor?

JS: Maybe with Wojciech Smarzowski. Maciek [Jerzy Stuhr’s son] will have a role in Smarzowski’s thriller Seven Days. to be released next year. Outside of Poland I would be very pleased to work with Aki Kaurismäki and the Dardenne brothers.