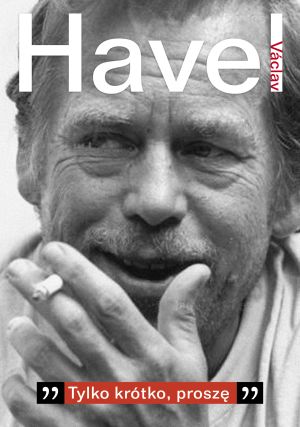 Vaclav Havel, writer, anti-Communist dissident and politician, will meet readers as Znak publishing house releases his first book in 15 years. “Briefly, Please” is a combination of Havel’s memoirs from his terms as the last president of Czechoslovakia (1989-1992) and the first president of the Czech Republic (1993-2003). The book also includes several topics from his personal life and general thoughts about the world of today.

This book is also partially a follow-up to a book-length interview (“Disturbing the Peace”) that Karel Hvizdala conducted with Havel almost 20 years ago. On September 3, Havel, who celebrated his 70th birthday last year, will attend a press conference at the Wawel Castle at 13:00. At 17:00, a discussion panel is scheduled with Havel; Adam Michnik, editor-in-chief of Poland’s second biggest daily newspaper, Gazeta Wyborcza; Kazimierz Kutz, noted film director and senator, and jazz pianist Andrzej Jagodzinski.

The panel will convene in the PWST building at ul. Straszewskiego 21 and is open to the public. In connection with Havel’s visit, a concert by Plastic People of the Universe is on the agenda. The famous Prague underground band will play at 20:00 in the Znak garden at ul. Kosciuszki 37. On Friday at 17:00, an exhibition devoted to Charter 77, an opposition movement which led to the 1989 “Velvet Revolution” that ended communism in Czechoslovakia, will be opened in the PWST building. It will be accompanied by a documentary film about Plastic People of the Universe, whose members were imprisoned by the Communists.