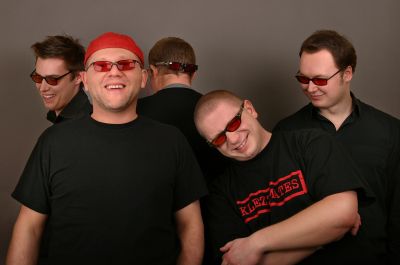 Galicja Museum invites all fans of good music to a concert of the Klezzmates – a Krakow-based band that blends traditional Klezmer music, jazz and Balkan folklore as well as classical music.

Klezmer music originated hundreds of years ago in the villages and ghettoes of eastern Europe, where wandering Jewish musicians performed at weddings and other celebrations. The Klezzmates quintet was established three years ago and quickly attracted a following among fans of Jewish-roots music in Poland and also in Germany, where they have performed several times.

At the end of September, the Klezzmates will return to Germany for an eight-stop tour. All five members of the Klezzmates are music professionals. They all studied at the Krakow Music Academy and have experience in many musical genres. The band consists of: Tomasz Polak (clarinet), Bartek Staniak (violin), Jaroslaw Wilkosz (double bass), Krzysztof Kossowski (drums) and Marcin Wiercioch (accordion). The musicians said the name of their band was carefully created.. The first part of it stresses the Klezmer tradition, while “mates” refers to “roommates” and the double “z” to jazz.