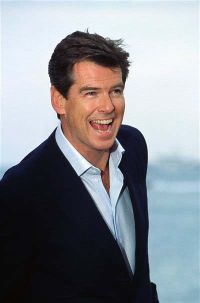 Actor Pierce Brosnan will be the face of Vistula & Wolczanka S.A., a Polish company that manufactures high-end men’s suits and shirts. Brosnan has signed a contract for the Vistula & Wolczanka (V&W) autumn-winter advertising campaign, according to “Newsweek” magazine. At a London photo shoot in June, Brosnan posed in suits and shirts that were custom made for him. Born in Ireland, Brosnan is best known for playing James Bond in four films from 1995 to 2002 – “Golden Eye,” “Tomorrow Never Dies,” “The World Is Not Enough” and “Die Another Day.” The actor and producer will come to Warsaw on September 6 for a show promoting the new suits and shirts. According to Vistula representatives, the choice of Pierce Brosnan confirms the reputation of V&W as a “top shelf” brand. Poland will see the actor wearing the Polish clothes in press advertising, on billboards and even on city buses and trams. He also will be featured on posters in Germany, the Czech Republic and Latvia, where Vistula has stores. In its portfolio, the company boasts of the following brands: Vistula, men’s vogue with a separate classic Lantier collection; Luigi Vesari suits; Lettfield avant-garde male fashions; Wolcz-anka formal shirts for men with a separate and exclusive Lambert line, as well as an impressive Avangard line. Vistula & Wolczanka is not the first Polish clothing firm to use foreign celebrities. Earlier, Monnari, which specializes in clothing for women over 30, chose model Claudia Schiffer to promote its collections. And the “Big Star” from Kalisz in central Poland was promoted by R&B singer Lutricia McNeal.