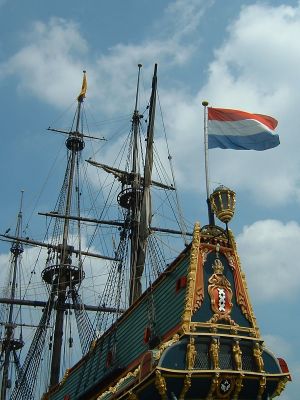 When Poland joined the EU in May of 2004, Poles began flocking to the United Kingdom and Ireland to find higher-paying jobs that would give them a better life. That’s because those countries opened their borders to workers from new EU members right away.Germany, which is loosening some restrictions on immigrant workers, also has drawn Poles looking for work.Now Holland has opened its borders to workers from new EU members – and there has been a stampede of Poles going there, the newspaper Gazeta Wyborcza reported.”People go to Holland because it is not very far and workers are well paid,” said Kajetan Slonina, managing director of Active Plus, a Warsaw-based human resources consulting agency.The Dutch began accepting workers from Central and Eastern European EU member states on May 1.Not only did that lead to residents of Poland going to Holland, but it also led to Poles who were working in Britain, Ireland and Germany – but were dissatisfied with their jobs – heading for Holland as well.The number of Poles working in Holland has grown from almost zero to 120,000 in the 3.5 months since the Dutch policy change, Gazeta Wyborcza reported.Ten thousand Poles arrive in Holland every month, the newspaper reported. Many are on special buses that picked them up in Krakow, Katowice, Opole, Wroclaw, Gorzow Wielkopolski, Szczecin and other cities. So many are arriving so quickly that Polish districts are springing up in some cities. The biggest one is in the Hague where 20,000 Poles live. Every week Polish food stores or other businesses open to serve the newcomers.Holland has a very low 3.5 percent unemployment rate, which means that Dutch workers who want jobs are already working. Thus the country is welcoming immigrant workers.The Dutch government says about 225,000 jobs are going unfilled now for lack of workers.The biggest need is for technicians, shipbuilders and metals workers, according to Janusz Dawidowicz, head of the Polish Embassy’s consular section in the Hague. “There are plenty of jobs for plumbers, electricians, fitters and welders,” he said.Dutch employers also need construction workers, agricultural workers, nurses and ship crew, he added.Dutch companies say Poles have excellent professional and technical credentials and a good work ethic. That’s why employers are eager to hire them, said Mauritz Verheijden, first secretary of the Dutch Embassy in Warsaw.”I have had many conversations” with Dutch employers, Dawidowicz said. They feel Polish workers are honest, and they are impressed that many Poles have more than one set of skills, he said. For example, “bricklayers can paint walls and lay tile,” he said. “Polish drivers are excellent mechanics. During their free time they help with car repair. The Dutch have never seen anything like that before.”Dutch newspapers have been writing glowing reports about Polish workers, Dawidowicz said.One of the first Poles to go to Holland after May 1 was Arnold Raszkowski. “I chose Holland because wages are much higher than in Poland,” he said. “Besides, Holland is near and, in comparison to Germany, better paid. Now I work as a fitter. I started at 10 euro an hour. They saw I was good and now I am at 11 euro.”Many Poles who have worked abroad for years are now considering going to Holland. “Every day I receive more and more inquiries from our compatriots in the UK or Germany,” Dawidowicz said.Besides offering higher wages than the United Kingdom or Germany, Holland has a cheaper cost of living.And it is less than a 10-hour drive from Poland. That means Poles living in Holland can see their families every week if they want, not once a month, as was the case for Poles in Britain.Although German companies pay much better than Polish companies, Dutch companies’ pay is almost double German pay in some instances. For example, agricultural workers in Germany make about 5.5 euro an hour. A construction worker makes a minimum of 1,300 euro a month in Holland, considerably higher than in Germany. And some can make up to 2,000 euro a month – about 100 per work day.Germany also requires work permits for foreign workers. On May 1, Holland lifted that requirement for workers from Poland, Slovakia, Hungary, the Czech Republic, Slovenia, Estonia, Latvia and Lithuania.In fact, it ended the work-permit requirement for a number of industries last year. Now it has abolished the requirement for all industries.Another thing that makes it easier on Poles seeking work in Holland is that the Dutch require no immigrant permit. To get a job, a Pole need only obtain what is called a Burgen Service Nummer or BSN – similar to a Social Security number in the U.S.The Dutch do require newcomers to register with the local government where they are living, however. They have three months to do that.