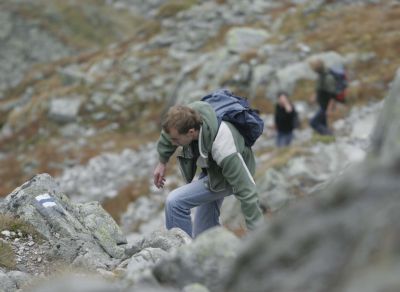 This summer’s good weather raised the Tatras Mountains’ popularity to a record high among Poland’s tourists. According Tatra National Park authorities, the number of tourists to have visited the park this July rose to 526,000 from 400,000 in the last two years, quoted Dzie-nnik Polski.But August is the famous park’s peak tourist season. On average more than 20,000 people enter the 211-square-kilometer zone daily. Established in 1954, the park currently provides 145 kilometers of hiking trails.The park sustains itself with ticket sales, but the authorities’ main task is protecting wildlife. This becomes harder with a growing number of tourists, many of them leaving behind garbage along mountain paths.As Pawel Slawinski, the park director, says, 600 liters of garbage have been found by workers in July alone. The situation is worst in valleys, easily reachable by all tourists, and better in higher areas where fewer tourists are strong enough to hike.Slawinski says trash bins wouldn’t help as people would only leave more waste in the mountains. Ideally, hikers should transport it back down in their backpacks to Zakopane, Poland’s most notorious mountain resort.Unfortunately, some even throw trash into the Tatras’ largest lake, the Morskie Oko (The Sea Eye). Each cleaning by scuba divers brings up numerous bags of trash to the banks. In 2001, for example, 100 kilograms of coins, from as far as China or South Africa, were found on the bottom of the Morskie Oko. Corrosion of heavy metals like nickel endangers trout living in the lake. Increased mountain tourism is dangerous not only for wildlife but also for hikers. Many unskilled tourists have endeavored to hike the most challenging paths, some of them breaking their limbs or even losing their lives.This July, the most difficult 7-hour long Polish Tatras trail, Orla Perc (The Eagle’s Ridge) became a one-way trip as more and more accidents occurred. Since its 1909 opening, more than 90 people have perished along the Orla Perc trail. But even now, mountain rookies can be seen hiking the infamous path in sandals.