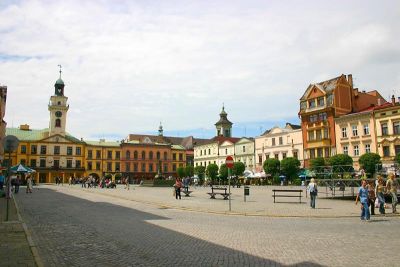 A master’s student from Russia missed only one question on the difficult Polish-language examination at Silesian University’s Summer School of Polish Language, Literature and Culture in Cieszyn, Poland.

Oleg Erszow, 24, of St. Petersburg, earned the title of Master of the Polish Language for outscoring the 180 other test takers from 32 countries. He is an advanced student of the Polish language.

The university started the school 17 years ago. It began having the end-of-term examinations 10 years ago. Students learn Polish in the classroom through non-traditional methods. They create a newspaper, play language games, use educational computer programs, watch Polish-language movies and go on trips.

Dr. Aldona Skudrzyk of Silesian University has created the final exams every year since the beginning. “This year’s edition is the hardest one,” the newspaper Gazeta Wyborcza quoted her as saying. She said in previous years the exam dealt mostly with Polish-language patterns. Since this year was the 10th anniversary of the school, she said, she decided to create an exam with questions that would give the students additional knowledge of Polish. Much of the exam dealt with Polish names and their traditions. Dr. Skudrzyk said that when she was putting the test together, even she was unsure of one word. She had to consult a dictionary to make sure of the answer.

This year 180 people took the test. Most were summer school students. Some were people studying Polish in their home countries who were not students at the school. They included people of Polish extraction from Lviv, Radio Katowice reported. All those who took the exam received gifts. The winner, Erszow, will be allowed to take part in next year’s summer school for free.

After the exam the test-takers went to the “Old Market for a Nations Night.” Each was asked to let the others know about their country’s traditions and customs. At the end all of the test-takers danced the polonaise.