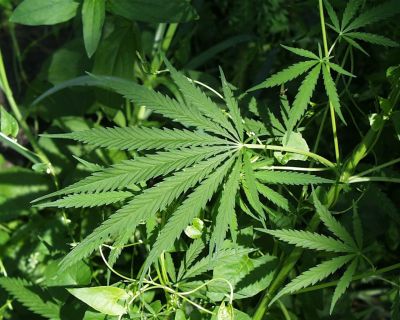 An iced tea containing cannabis extract is hitting stores in Poland. Iced tea with marijuana on a hot summer afternoon? Why not, actually. Especially for 1.49 zloty.

This drink is being sold in stores in Lodz, Wroclaw and Poznan. But it may not last long as the drink has caught the attention of the police. Selling products containing drugs is illegal.

Sold under the label “C-Ice Swiss Cannabis Iced tea,” the chill-out drink comes in yellow cans decorated with cannabis leaves and the slogan “fantastic natural feeling.” The word “cannabis” means marijuana. In fact this drink contains 5 percent hemp flower syrup and a tiny (0.0015 percent) quantity of THC, the active ingredient of marijuana. Any percentage of an ingredient that could put the tea in a drug category reportedly has been removed to make the drink legal. According to the manufacturer, drinking the tea won’t lead to any dependency. However, the drink created concern among British anti-drug campaigners as soon as it appeared across the UK. Drug experts say the slogan “fantastic natural feeling” may encourage normalization of cannabis as an image in young people’s minds.

Produced by an Austrian company and using hemp grown in Switzerland, the drink is available on the Continent and in South Africa. In Poland it quickly became a popular item. Recently, it was impossible to find a single can in shops. It was available, however, on Internet auctions, selling at twice the retail price, of course. Tests of the drink in Poland confirmed that the tea contains tetrahydrocannabinol (THC), the active ingredient of marijuana responsible for a euphoric feeling. Although the THC is a tiny quantity (0.0015 percent), it technically is enough to make the tea illegal in Poland. In fact, any product with a hemp extract is banned.

So why was the tea permitted into the Polish market? The company distributing Cannabis Tea in Poland says the product was tested in Austria and judged legal by the EU. With that decision, the company says, the tea doesn’t need further approval in Poland. So what’s the final tea verdict in Poland? The case will be further investigated by the public prosecutor.