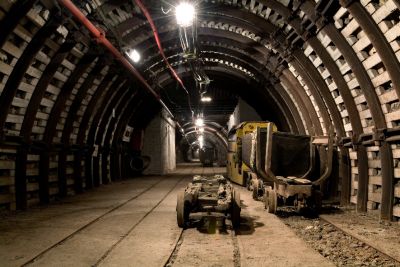 The defunct Guido coal is open to tourists again after seven months of making it safe, equipping it with informational tools such as multimedia displays and adding amenities such as an underground restaurant.

In the 19th-Century exhibition area you will see the stables where the coal-cart-pulling horses rested, as well as mining implements, pumps and compressors. The artifacts are in a brick-lined chamber. It is so large that it takes 1.5 hours for visitors to go through it. When they’re finished, they can stop in an underground restaurant. The route to the surface takes visitors through a warren of passages to a mine cage, which they hop into for a fast ride back to the surface.

The mine was closed to tourists in December 1999 because of insufficient ventilation and lack of an adequate evacuation route. At the time, the mine lacked funding to drill them. Now the groove has been dug out and rebuilt. The mine owner, Gliwicka Spolka Weglowa (the Gliwice Coal Company), lobbied hard for government money to reopen the museum. Warsaw allocated 10 mln zloty, much of which was used to drill a better ventilation system and carve out a better evacuation route.

The corridors at the 170-meter level were the first to be opened to sightseeing. There, visitors can see how miners worked in the 19th Century. Exhibits include drainage pumps made by the Swiss company Sulzer and a 1914 compressor made at Zabrze’s Donnersmarckhutte mill. Other attractions besides the mining equipment and stables include devices to ferret out the location of coal seams and a unique trolley for transporting coal.

Most of the museum’s underground chambers have an interactive character. One multimedia exhibition shows fossils found at different levels below the surface in various parts of Poland. Visitors also hear the recorded sounds of miners at work, horses neighing and other noises. The 20th-Century exhibition area, which will open next year, will acquaint visitors with more modern mining technology. It will include machinery and even a wall of coal that miners had actually worked.

Besides being a place that presents the history of coal mining, Guido is also going to be a cultural center. Plans are to build an art gallery at the 320-meter level. A restaurant serving Silesian dishes will adjoin it.