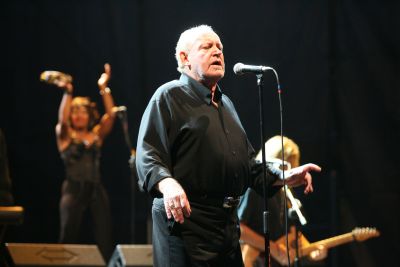 Joe Cocker, the English rock and blues singer popular since the 1960s performed last Monday, August 13 at Wawel Stadium in Krakow. Crocker is famous for his gritty voice and covers of popular songs. The program included several of his greatest hits like “Summer in the city,” “You are so beautiful,” “Unchain my heart” and “With a little help from my friends,” as well as a selection from the latest album “Hymn for my Soul.” The concert was part of a European tour promoting the artist’s newest album. Krakow was the second city on the list of five performances in Poland this year, the first performance being in Poznan on June 24. The day after the Krakow concert, Cocker left for Gdynia (northern Poland) for his next show. Katowice expects the singer on November 5 and Warsaw on December 10. Despite his age, Cocker was in exceptional vocal and physical form. However some critics say his voice has been “touched” by time. Even if his classic hoarseness is the same as always, Cocker is beginning to waver in the higher ranges. However, thanks to the ladies in the chorus and rhythmic section this slight flaw was perfectly veiled. The 63-year-old artist, still in tip-top shape, gave the impression that his whole body was singing and his hands playing an invisible guitar or conducting the orchestra. His stage behavior has been parodied many times as something quite separate from his voice; it’s also another reason to love Joe Cocker. “This thing about me being spastic is something I can’t get away from,” Cocker is quoted on an Internet web site. “When I saw a video of [a parody] off a TV program, with John Belushi doing me being spastic and pouring beer, I became hysterical,” he added. “But moving my hand around is subconscious with me. A lot of the time I’m more or less conducting the band, just keeping a feel. I don’t know why I do it. It’s just one of those things.”The concert was organized in one of Krakow’s stadiums expecting a big audience, but because of the expensive tickets (the cheapest being 110 zloty ? 30 euro) and the shoddy weather ? with heavy rain just an hour before the concert began ? the stadium was less than half-full. The stage was too far from the audience, and only the VIP section was seated closer at 10 to 40 meters from the edge. The organizers’ lack of consideration for the audience was apparent as not even large screens were prepared to make up for the poor visibility. Joe Cocker slowly “moved” the audience while playing a great concert, as always. He started with “Feelin’ alright,” then “Chain of fools” and finished the show with “When the night comes” and his characteristic jump. After “Just pass it on” and “Summer in the city,” both Polish and English fans sang along. “You are so beautiful” left the audience hypnotized.But Cocker sang without reduced tariff. “Up where we belong,” “I keep forgettin’,” “Hitchcock Railway,” “I put a spell on you” and “Hymn 4 my soul” were all sung with his signature hoarseness. He played every song that made him famous, including the Beatles’ “With a Little Help from my Friends,” which he sang at the Woodstock festival. It was a genuine “Best of Joe Cocker” concert that charmed the audience, giving them the kind of music that brings tears of joy.