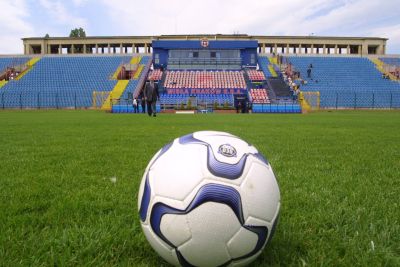 The Economic Ministry believes preparations for the European soccer championships will generate at least 100,000 jobs in Poland. If the country is lucky, the total could be much higher. Dziennik indicates the number of jobs that the Euro 2012 effort generates may reach 370,000 jobs by the end of 2012, referring to a survey made by Confederation of Polish Employers. When Poland first got the Euro 2012 games, the country’s leaders thought most of the new jobs would go to Poles. They have since reassessed that opinion, especially when it comes to construction jobs. A labor shortage in that sector means foreign workers as well as Poles will have to be hired. In April the European Soccer Federation chose Poland and Ukraine to co-host the championships ? the first time it has gone to Eastern European countries. The tournament is likely to be a major boost to the already fast-growing economies of Poland and Ukraine.The Economic Ministry says international investors will be pouring about 3 bln euro a year into stadium renovations, the building of hotels and other accommodations ? especially medium-priced ones ? and the expansion or renovation of airports, rail lines and roads.The more people who work, the more tax revenue the government gets, of course ? and thus the larger the budget for government programs. So the government as well as business stands to be a big winner from Euro 2012.The championships are expected to attract as many as 500,000 fans to Poland. To ensure that they have a good experience, the country needs to embark on a major construction effort immediately. A labor shortage will complicate that effort. Tens of thousands of Poles with construction skills emigrated to Great Britain, Ireland and other European countries after Poland joined the EU in 2004. Estimates are that Poland needs about 200,000 construction workers right now. It will need more as the pace of building picks up. To meet those numbers, the country will have to recruit many workers from abroad, not only from neighboring countries like Ukraine, but also from Asia, especially China. This will require swift changes in Poland’s employment law. Poland will also need to spend money to educate more people in hotel management, tourism, transportation and construction if it wants to provide good service to the throng of soccer fans expected.

One thought on “Euro 2012: Qualified workers in demand for construction sector”