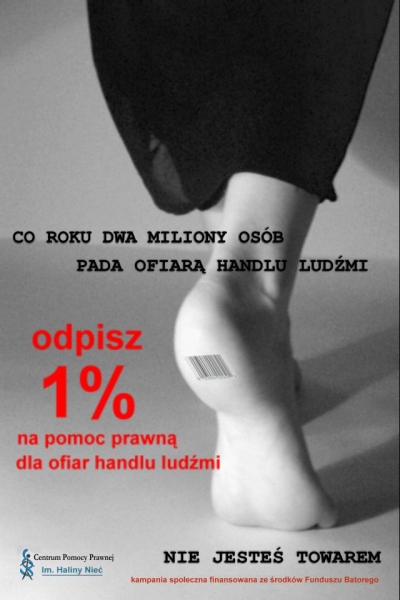 Roma gangs promise Poles jobs in Sweden, but when the Poles arrive, the gangs force them to shoplift or burglarize apartments.If a Pole balks at committing crimes, the gangs beat or even torture him, according to reporters Piotr Gluchowski and  Marcin Kowalski of Gazeta Wyborcza. The Swedish gangsters go after uneducated Poles, luring some with job ads in Polish newspapers or on the Internet. They entice others by having Roma living in Poland go to small-town bars and discos, mainly in western Poland, to look for people who want work. They promise men construction work and women housework or nanny jobs.They say they will provide the Poles with transportation to Sweden, an apartment and  food ? for free. And they tell them they don’t need to speak Swedish. “At the beginning everything looks great,” said Jacek, a Pole in Sweden?s capital of Stockholm. “For a week or two, a person is cleaning Roma places or building their houses.”But the Roma take away his passport on the pretext that they need it to rent a flat for him, Jacek said. They put him in government-provided public housing, then give him an advance on his wages, which he is told he must repay with interest, Jacek said. Some Poles are happy about the advance because they can send some of it back to their families, Jacek said.The problem is the spiralling interest on the “loan,” he said. The Roma tell the Pole that the amount owed is increasing because of the interest.     Then they tell him that he can pay off the loan quicker if he goes with them to a store. In the store, Jacek said, they suddenly tell you: “Take it. Hide it in your pocket.’ ‘If you do, he said, then they begin training you in all the tricks of being a criminal.   ?They give you instructions in how to disable alarms? and how to “case joints” ? look for ways to burglarize places ? without being noticed, he said.The Polish immigrant thinks that by engaging in crime, he will pay off the debt he owes the Roma. But the Roma have stacked the deck against him:  He will never pay off the loan because the high interest rate means the debt gets larger and larger.When a Pole does burglarize or steal, the gangsters take more than 90 percent of the loot, Jacek said.And some of the gangs set quotas on the number of crimes a Pole must commit each day. In some cases, the quota is 30 thefts a day, a Polish man who was forced into crime told Swedish journalists.If someone tries to stop engaging in crime, gang members beat him, burn him with cigarettes and break his fingers.Gangsters watch when Poles steal and burglarize. If police catch a Pole, the gangsters go with him to the police station to make sure he doesn?t tell them about the gang.  Those who say too much about the gang during a police interrogation disappear, Jacek said. Thirty-four-year-old Pawel F. decided one day that he had had enough of a gang forcing him to commit crimes.When gang members took him to a supermarket in the southern Swedish city of Malmo, he went to a security guard and then to police.After giving his story to police, Pawel asked if he could contact the Polish consular office. But he became so scared about the gangsters retaliating against him that he hung himself the following day while still in police custody. His death led to journalists delving into the gangs. “We have discovered” a widespread criminal enterprise involving Polish thieves, Joakim Palmkvist of the newspaper Sydsvenskan reported. “In the city there are criminal groups who take advantage of hundreds of people, using them as slaves for crimes,” Malmo Police Chief Henrik Malmkvist confirmed. “We know about similar gangs in Stockholm and Goteborg (on the west coast of Sweden).”They take advantage of poor, uneducated people from Poland who have never been abroad,? Malmkvist said. ?They do what the gangster tells them out of fear.”It?s hard to ferret out who is actually in the gangs, the chief said, although police do know that there are five gang “families,” each headed by a powerful “Godfather.”One Pole who had been forced into crime told Swedish journalists that Roma crime families have lived in Sweden for 30 to 40 years. ?Many Poles who manage to escape come to our consulate,? said Gerard Pokruszynski, the Polish consul in Malmo.Some show evidence of severe beatings and even torture, he said. He said the consulate has recorded hundreds of such situations. Immediately after Poland joined the EU in 2004, ?these incidents became more frequent,? with several people coming to the consulate weekly.Swedish police and the national prosecutor?s office in the northern Polish city of Szczecinnorth have investigated the cases.Three Poles have been arrested, two of them Roma, on accusations of trafficking in humans and forcing others to engage in crimes. The prosecutor?s office said it has a list of 200 victims of the Roma gangs. It will be interrogating them as part of its investigation.