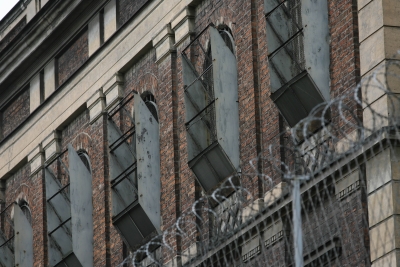 Poland is going to allow non-violent offenders to serve their time on weekends to alleviate jail overcrowding and to keep families together, the Polish Press Agency (PAP) has reported. Noting that England and Wales already have instituted such a program, the Ministry of Justice said Poland has 90,000 prisoners, but space for 75,000. The new system will mean only 45,000 inmates in jail at a time, the ministry said.

The plan will save the government money because inmates will be paying for their food while at home and will be costing the jail system less in utility bills. Minister of Justice Zbigniew Ziobro said weekend jail will apply only to those who are deemed no risk to society, whose original sentences were 12 months or less and who have six months or less to go. Although the program is called “weekend jail,” inmates will be able to serve two days a week on any days a court approves. The rest of the time they will be living in the community.

By allowing inmates to work or study during the week, and help take care of their children, the program will keep non-violent offenders’ families together, the ministry said. England and Wales began trying a weekend jail system on a limited basis in 2004. It has worked so well that soon all courts of original jurisdiction will be allowed to use it. Weekend jail helps eliminate such tragic consequences of even short-term confinement as loss of employment, loss of accommodations and family disintegration.

In addition to allowing a prisoner to live in the community most of the time, the new program will require the inmate to pay the administrative costs related to his sentencing and jailing. The new program is in line with a UN effort that encourages countries to find ways other than confinement to punish offenders, the ministry added. The UN adopted the so-called Tokyo Rules on December 14, 1990.