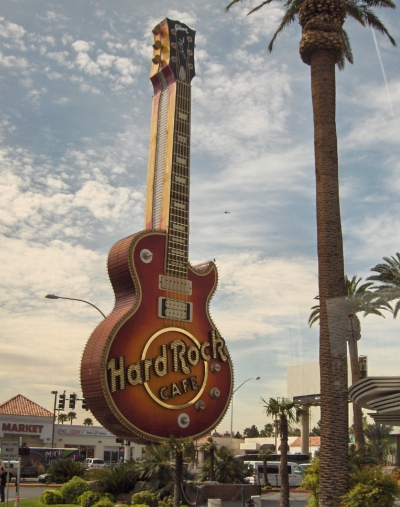 Dziennik Polski recently announced next year’s opening of Hard Rock Cafe in Krakow. The first Polish Hard Rock Cafe began operating in Warsaw in February 2007 in one of the capital city?s largest shopping centers ? Zlote Tarasy. The restaurant, close to 900 square meters and situated on two levels, attracts crowds of foreign tourists and Warsaw’s residents.Krakow?s growing popularity brought in roughly 8 mln tourists last year, which encouraged the company to cash in on the trend. Krakow?s Hard Rock Cafe, which will be located on Rynek Glowny, will hold its grand opening over the next winter holiday season. The total investment will amount to 3 mln euro. A third Polish Hard Rock Cafe may open in Wroclaw. The Hard Rock Cafe is not just a casual dining restaurant chain serving American cuisine. It?s remarkable because of its special atmosphere, long tradition and army of fans. The first restaurant was founded in London in 1971 by Isaak Tigrett and Peter Morton. Currently, there are over 143 Hard Rock Cafes in 36 countries, with several more in the works. The restaurant is famous for collecting souvenirs of prominent musicians from all over the world. Autographed guitars, outfits from world tours and rare photographs are often mounted on the cafe?s walls. Today, the Hard Rock Cafe possesses the world?s largest collection of famous music memorabilia. A great part of the restaurant?s success can be attributed to the inclusion of its own brand-merchandise like shirts, hats, jackets, glassware, shot glasses, pins and more. In Krakow and Warsaw, visitors will find authentic rock-music memorabilia from Poland?s leading musicians and rock’s most prolific stars. Krakow?s rich culture and variety of cultural events makes it an appropriate place for the famous Hard Rock Cafe?s next venture.