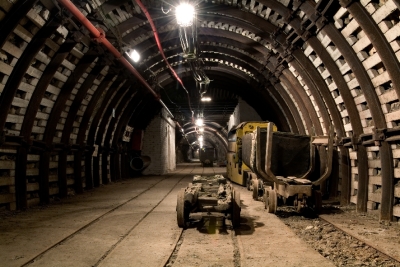 Zabrze officials are trying to get two Silesian coal mines on UNESCO’s World Heritage List. It’s not as preposterous as it seems.The area’s industrial landmarks, including factories, mines, mine-shaft towers and mountainous slag heaps looming over unique miners’ housing complexes, have been attracting international tourists. The locations that Zabrze officials are trying to get on UNESCO’s prestigious World Heritage List are the Krolowa Luiza (Queen Luiza) Open-Air Mine and the Guido mine, both of which are now mining museums.Slawomir Ratajski, general secretary of UNESCO’s Polish Committee, recently visited the mines with an eye toward recommending that UNESCO name them Historical Monuments, Gazeta Wyborcza reported. A site must obtain monument status before it can be put on the World Heritage List.The Krolowa Luiza mine is on the Industrial Monuments Route that Silesian officials dreamed up to promote tourism.One of the oldest Prussian coal mines in Upper Silesia, it has buildings dating to 1791. There are two parts to the museum. One is a ground-level machinery park where visitors may participate in demonstrations of old mining equipment.The second part of the museum is a 1.5 kilometer-long route 35 meters below ground where visitors can see 19th- and 20th-Century excavations. The most valuable historical artifact on the tour is a steam-powered traction machine that the Prinz Rudolf foundry in Dulmen produced in 1915. Visitors can get a good view of the city from the 25-meter-high shaft tower platform. The Guido mine was operational from 1855 to 1982. In June of this year, 25 years after it closed, the mine was converted into a museum and opened to visitors.Tourists, dressed in miners’ clothes with lamps, take an elevator to a level 170 meters below the surface. There they can see excavations, mining equipment and stables, since horses hauled coal out in carts.A tour can be two, three or five kilometers long and takes two to three hours. Preparations are under way to be able to take visitors to a level 320 meters below the surface.The museum’s plans include creating an “art zone” space for cultural events. The World Heritage List contains 851 sites in 142 countries that are of special importance to mankind. Sixteen are in Poland, including Old Town in Krakow, the Auschwitz-Birkenau State Museum and the Wieliczka Salt Mine.Once on the World Heritage List, sites can receive UNESCO funds for development, promotion and preservation. Silesian officials are trying to change the reputation of the region as a dirty, polluted mining and industrial area while also trying to cash in on its history. Thanks to their efforts, Silesia has become the region in Poland with the biggest appeal to international investors.And Silesian officials also have succeeded in getting tourists interested in some of the area?s now-closed mining and industrial complexes.