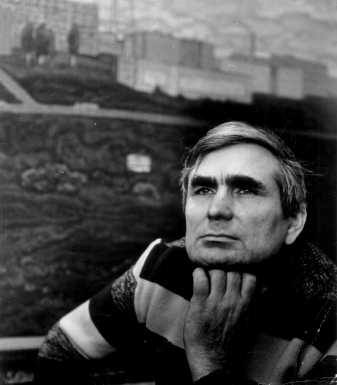 On Thursday, August 2, the W&L Gallery opens a new exhibition presenting paintings of the Ukrainian artist Viktor Gajduk (1926-1992) at 18:00. The event starts the exhibition cycle “Ukrainian Landscape” during which visitors will have a chance to see artists’ works from between 1950 and 1970. Every ten days a new artist’s work will be exhibited, beginning with Viktor Gajduk, then Alexander Fiesiuk (1914-2001), Viktor Szwetz (1934-1994) and Boris Yegorow (1934).The artists focused on showing the beauty of their motherland in the southern regions of Ukraine. They used the national tradition of Ukrainian landscape paintings, which enabled them to express their personal feelings and attitudes more freely during the Soviet era. Inspired by the work of Paul Cezanne and Walenty Korowin, among others, they introduced the style called “Soviet impressionism.” The specific use of color gives their work a vibrant lightness and the effect of original perspective.Their work is also an example of how “art can cross the political borders,” reveals Walery Jemtsew, president of the association “Art without Borders” which owns the Gallery. “The association has existed for 14 months. Its members are artists, art historians and people from France, Ukraine or Poland. The association promotes art as a universal medium, the content of which can be understood worldwide. Ukraine is a dynamic and fast changing country and the exhibition is a chance to see and learn more about its culture as this is a country with which Poland is organizing the Euro 2012 games. It is also another step in tightening the relations between Ukraine and the EU.”The exhibition can be seen starting 18:00 on Thursday, August 2, on ul. sw. Jana 30, in the W&L Gallery.