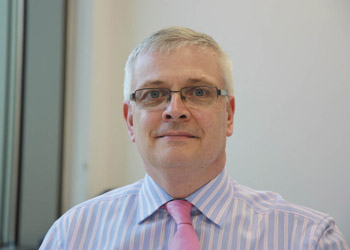 New Eastern Europe: Having first come to Poland in 1982, what major changes have you seen in the country over the last 30 years?

Robin Barnett: When I arrived here on June 4 1982, Poland was a country under martial law, with a curfew in place and the immortal words “rozmowy kontrolowane” (controlled conversations) on the telephone. When I returned in 1998, it was to a free, democratic country where most people had a smile on their faces. So for me, without a doubt, the single most important change is that we have freedom in Poland today. Secondly, Poland is now a full member of NATO and the European Union and has just completed its first successful EU Presidency, which means that it is really taking its place as the sixth largest country in Europe on both the European and world stages. The third change is incredibly visible wherever you go: the economic success of Poland. The economic success is there and infrastructure is coming. However, it is fair to say that this is still a work in progress, but the phrase “Polska w budowie” [“Poland under-construction” – a campaign phrase used by Platforma Obywatelska] absolutely sums up a country that is moving from being starved of such investment for decades, towards having really excellent infrastructure.

How do you think the current crisis in the euro zone is affecting Poland?

Poland has done extremely well, but in the end there is no absolute green island. To some extent, we are all in a position of having to wait and see precisely how events in the euro zone unfold. Finance Minister Jacek Rostowski has issued a 2.5 per cent growth forecast compared to 4 per cent last year, although this is still very good in comparison to the growth forecasts of the other EU member states. However, it is really important that we continue to drive hard in terms of the bilateral trade relationship between the UK and Poland.

Are you worried about Poland’s seemingly closer relationship with Germany?

Germany and the UK are separated by a stretch of water, whereas Poland and Germany are only separated by a border, and the reality is that Poland and Germany get ever closer with improvements in transport infrastructure. One historical success story, which means that we live in a stable and peaceful Europe, is that when I first came here in 1982, there was a real neuralgia not only about the Soviet Union, but also about Germany. There is no such neuralgia today and that is a real tribute to the way in which Poland and Germany have worked together to heal the wounds of the past.

What do you think the future of the Eastern Partnership is?

I am an absolute optimist for the long-term future of the Eastern Partnership… and British Deputy Prime Minister Nick Clegg made it very clear when he was here for the Eastern Partnership Summit last year that we do see an EU membership perspective for the countries of the Eastern Partnership. That puts us very close to Poland. But we also share the view that this is a two-way process. Countries like Belarus must fulfil their share of the obligations that go with an ever-closer relationship with the EU: issues such as human rights, democracy and the rule of law… as they say: it takes two to tango.

Why should the British government support EU enlargement when its own people are Euro-sceptics – an ICM/Guardian poll in October 2011 showed that 49% of UK citizens would vote to withdraw from Europe if given the chance?

We are not talking about taking the next step in enlargement either today or tomorrow. The British government’s position is clear: we continue to see the advantages of EU enlargement, many of which are visible here in Poland.

What challenges do Vladimir Putin’s expected return to the Kremlin later this year pose for Poland?

My impression is that the Polish government is fully committed to normalising its relations with Russia and to strengthening its economic contacts. I do not take the view that a bilateral relationship is based on individuals, it is very much based on a relationship between states. Given Russia’s important role in energy, the other interesting factor is that we have an evolving situation and it will be very interesting to see what happens in terms of Poland and the development of shale gas.

What role will the British Embassy in Warsaw play in relations between Poland and Russia?

Although it is for Poland and Russia to conduct their own bilateral relationship, we do share views and opinions. When British Prime Minster David Cameron went to Russia last November, he was clear: we have our differences, which need to be discussed openly and honestly, but we also want to move forward and develop our relationship… It is in everybody’s interests to develop economic ties between Russia and the countries of the EU, because in the end, free trade will promote growth, and that will benefit the citizens in all of our countries.

Finally, what do you see as your main goals as British Ambassador to Poland?

My second task is to help encourage more British businesses to take advantage of the fantastic opportunities in Poland and also help it on its path towards even greater economic development in the future. I also want to build on a fantastic shared past between us… look at the things we did together in the Second World War, and what has followed since, including well over half a million Poles now living in the UK, doing jobs in all walks of life and making a really positive contribution.