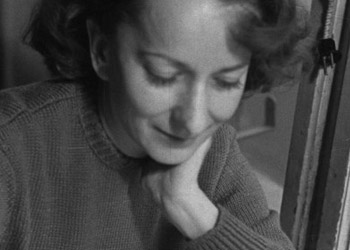 Nobel laureate, poet, and translator Wisława Szymborska has died at her home in Krakow after a long illness, aged 88.

She was hailed as the Greta Garbo of poetry when she claimed her Nobel Prize in 1996, and the echo of her literary footstep in Poland and abroad has resonated ever more loudly since the publication of her first poem in 1945.

More than half a century later, Szymborska was awarded the Nobel Prize in Literature, ‘for poetry that with ironic precision allows the historical and biological context to come to light in fragments of human reality.’

Such prizes always come with such ten-dollar words. What the award recognised was Szymborska’s ability to offer an explanation for the extraordinary – for love, death, being, and loss – but using the most ordinary words.

Szymborska was born on July 2 1923, in what is now Kórnik, Poland. By the time she was eight years old she was living in Krakow, the city that was to remain her home for the rest of her life.

Though a poet by nature, she was a also a prosaic woman, and combined the two by working on the railway in occupied Poland during the World War II, while at the same time undertaking studies at the ‘Flying University’ – the underground organisation dedicated to the education of Poles.

Throughout her career, Szymborska was an enigma. Initially, she was a staunch supporter of the Communist ‘party line,’ writing in support of both Stalin and Lenin, and putting her name to fierce opposition to the liberal English press. But at the same time, she harboured a streak of rebellion, which came to the fore in the 1980s when she fell into step with the Polish Solidarity movement and began to publish against the dying – or at least seriously ill – Moscow-driven ethos that pervaded Polish politics at that time.

Did her loyalties truly lie with post-war Communist Poland, or with the newly-free, westward-fated post-transformation nation that is the modern state? We will never know; for Szymborska was famously reluctant to grant interviews, preferring to keep her private life just that.