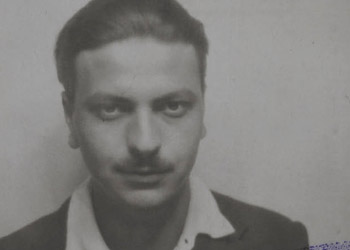 The longest and most complete first-hand account of a Nazi purge of academics in Krakow has been discovered by the city’s Jagiellonian University.

The memoir of Zygmunt Starachowicz lay unread in a sealed envelope for 70 years until it was shared with the archive department at the University by his great-granddaughter Katarzyna.

The papers detail the first four days of Sonderaktion Krakau, in which 183 people – mostly professors at the university – were rounded up on November 6, 1939 and deported to the Oranienburg Sachsenhausen concentration camp near Berlin.

Starachowicz was caught up in the action by mere chance; he had only been in the university on that day in order to get a signature on his graduation papers. He began to pen his memoir two years later, and recorded not just the conditions at Sachsenhausen but also profiles of fellow inmates.

Starachowicz detailed the initial imprisonment in Krakow, then his transfer to Breslau (now Wrocław) and the move to Sachsenhausen. He also included line drawings of a prison chapel and the cells at ul. Mazowiecka, where the prisoners were held on their first night in Nazi hands.

One written description of economist and fellow inmate Prof. Adam Krzyżanowski reads: “His aged face was pale and strangely troubled, and his eyes seemed to stray somewhere in the world of abstraction. All of this was drowning in the darkness… and catching the pale light through dirty, frosted glass, you could see clearly only the long delicate fingers, as if carved in wax, on which shone a ring the colour of warm gold.”

Of those arrested in the November 6 purge, 20 died either in transit or at Sachsenhausen. The rest were later released, and Starachowicz himself went on to work closely with the Polish resistance movement. He helped forge papers for members of the Armia Krajowa (Home Army), who were fighting an underground war under the direction of the Polish government in exile in London. He also embraced Poland’s secret educational movement (the so-called Tajne Szkolnictwo), which organised ‘Flying Universities’ in cities such as Krakow, Warsaw, Lviv and Vilnius.

But it wasn’t just university education that was co-ordinated by the Tajne Szkolnictwo. In his book God’s Playground, Professor Norman Davies estimates that a million children benefited from the organisation’s activities.

Historian Ryszard Czekajowski, who died in 2010, noted that, by 1944, the organisation had helped to educate some 100,000 students of secondary school age. In the same year, in Krakow and across Poland, around 10,000 older students were studying at the Flying Universities.

Czekajowski wrote that the underground education movement recognised that Polish identity itself was under threat from the Nazis, and formulated early plans to keep ‘Polishness’ alive shortly after the country was occupied in 1939.

He added: “[Tajne Szkolnictwo’s] main goal was to provide education for Poles, by organising and conducting clandestine civil and military education, and above all by teaching a patriotic attitude of constant development and maintenance of the national spirit.”

For Zygmunt Starachowicz, whose memoir has now been published by the Jagiellonian University, it was natural to be part of such a movement. But he was not to survive the war; having lived through both Sachsenhausen and Dachau, he was arrested again in 1944 and was either shot in prison, or died in an unknown concentration camp.

Starachowicz’s fate may not have been documented, but thanks to his memoir the events of those early days of World War II in Krakow can now be better understood.