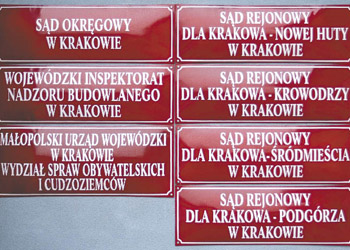 Krakow-based NGO Interkulturalni PL has produced a report looking at how well the city’s institutions are prepared to deal with foreigners visiting and living in the city. The Krakow Post spoke to the organisation about the challenges of coping with a growing foreign population and their own efforts to help the process.

Tourism has long been the main reason for non-Poles to visit Krakow, but several factors now mean that an increasing number of foreigners are coming here to live or stay for extended periods of time.

In 2010 Krakow was named the world’s top global outsourcing city in a ranking produced by industry experts. This means jobs for locals, but also greater immigration. In difficult economic times a job at a company such as Shell or Cap Gemini in a location like Krakow is looking more and more attractive to people both outside and inside the EU.

From January 1 to July 2 this year immigrants currently living in Poland illegally will be able to apply to regularise their stay under an amnesty introduced by the Ministry of the Interior. This is also likely to encourage others, particularly from the countries outside the EU to the east of Poland, to try their luck here.

In June and July Krakow will be home base for at least three national teams competing in Euro 2012 and tens of thousands of fans are also expected to visit.

Taken together, these factors indicate that Poland in general and Krakow in particular are likely to see a growing population of temporary and permanent foreign residents in the future. Many of these people will interact with the city’s services, including public transport, law enforcement and local government offices. Are these institutions ready for the challenges ahead?

Founded by a group of young professionals with experience in the fields of psychology, training, law and cultural studies, Interkulturalni PL describe their mission as: “developing an open, multi-cultural society in Poland.”

The group has conducted a number of projects in recent years in pursuit of their aims. Krakow: Foreigner Friendly is a 134-page report subtitled: ‘An assessment of Krakow’s institutions and their adjustment to the needs of foreigners living in or visiting Krakow.’

The study employed questionnaires and anonymous visits carried out by the group’s members to examine the work of the Office for Foreigners’ Affairs, the Border Guard, the Regional Bus Station, Polish State Railways and other offices in Krakow. The group also interviewed employees at these offices and institutions to discover how well they felt they had been trained and equipped to deal with foreigners.

The report concludes that Krakow has made changes to cope with foreign residents and visitors, but that problems remain because of complex and unclear legislation and a general failure to provide information in languages other than Polish or language training for frontline staff. The full report is available for download in Polish or English at interkulturalni.pl.

Iga Machalewska, Vice-President of Interkulturalni PL, underlined the importance of encouraging openness and tolerance in Krakow: “We had a meeting with the Office for Foreigners’ Affairs about the upcoming amnesty and they estimate there could be tens of thousands of non-Poles living in the city.”

As reported in the October edition of the Krakow Post, Interkulturalni PL has also been involved in the Krakow Open Your Mind project, which provides on online forum where racist or xenophobic incidents can be reported. The project’s website (href=”http://open-krakow.pl/”>open-krakow.pl) includes an ‘Alley of Shame’ displaying photos of racist graffiti reported by members of the public.

As the Krakow Post went to print there were 18 photos in the Alley of Shame, 10 of which are struck through indicating that the grafitti has been erased.

“The project is about developing a strategy for the city. It’s an experiment. A big problem at the moment is that the city police say they do not have the legal powers to clean up graffiti when it is on private property,” said Interkulturalni PL President, Anna Kostecka. She continued: “In January we will present the city with anti-graffiti methods that have been used in other cities around the world in the hope that they can start using them here.”

Anna Kostecka is passionate about the importance of developing a coherent national immigration strategy for Poland. She said: “I think that Poland is in a great position in the sense that we can see the experience of other countries, but right now we don’t have so many foreign immigrants. If we prepare ourselves, learning from the experience of others, we will be in a very good position. And yet we are not doing it.”