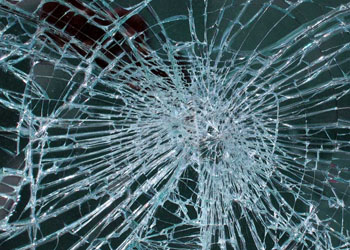 A couple are fighting to keep their house after signing a dubious sales agreement. The alleged new owner of their house is going to great lengths to evict them as the Supreme Court prepares to investigate the case.

“To rent for free – a beautiful house in Zabierzów for students or other tenants who lead a noisy lifestyle and have a penchant for parties.” This online ad was at the top of the rankings in Poland recently. The advertiser described himself as the owner of a two-storey house inhabited by a couple that he wanted to evict. “I placed the ad in desperation, to finally start living in a house that I had bought,” claimed Rafał K., a businessman from Warsaw.

But the situation was not as clear cut as Rafał K. was suggesting. Mrs. Stanisława Szymula, who also claims to be the owner of the house, is sick with multiple sclerosis and diabetes. In 2009 Mrs. Szymula wanted to take a 40,000 zł loan to pay for an operation for her son. Banks refused her application because she was already in debt. Instead, she found loans being offered by Rafał K., and decided to take one using her house as security. She signed a document saying that she would sell the house for 120,000 zł, many times less than its true value, on the understanding that the contract would be cancelled as soon as she had paid the loan back.

The Szymulas won one court case cancelling the contract, but Rafał K. appealed and won. The couple have appealed to the Supreme Court and are currently waiting for it to be investigated.

In the meantime Rafał K. has been trying to evict the Szymulas, first by leasing the house to noisy tenants and then bringing in a locksmith to destroy the locks. He also recently hired workmen to remove all the windows from the house. Thanks to help from the local community, the couple had their windows re-installed before temperatures began to plummet. “It’s outrageous to mentally torture people like this. He wants to threaten us, so that we break down and move out,” said Stanisława Szymula.

Rafał K. sees thing differently, claiming that Mrs. Szymula wanted to sell the house in secret so that she could leave her husband and go to France to live with her daughter. He also claims that she understood and agreed with their deal and participated in preparing the necessary documents. The businessman claims he paid 350,000 zł for the house and that the lower figure in the contract was there at the request of Mrs. Szymula. He is, however, unable to prove the amount he paid because he claims to have thrown away the receipts.

The businessman seems determined to take the house over – he has apparently used it as security for an 800,000 zł bank loan. His latest offer is to allow the Szymulas to rent the property for 5,000 zł a month in return for dropping the court case and clearing his name in the media.

The notary who assisted in the signing of the contract between Rafał K. and Mrs. Szymula, Piotr Tomaszek, refused to give any explanations for why he did not question the unusually low price for the house on the grounds of attorney-client privilege. “I can generally state that, if I have any reasonable doubt regarding the sanity of any of the parties, I always refuse to authenticate a contract,” he said.

This is not the first time that Rafał K. has been involved in a case relating to loans and unusual property contracts. In 2009, Mr. and Mrs. Smierzchalski from Western Pomerania had a similar experience. “We found an Internet ad offering loans. We needed 30,000 zł to pay off a bank loan for house refurbishment. He paid us 10,000 zł and said we’d get the rest later. He wangled us so that we didn’t know what we were signing. To our horror, we later realized that it was a preliminary sales contract saying we had already been given 50,000 zł,” said Robert Smierzchalski, who’s attempt to cancel the contract was dismissed by the courts.

The Szymulas are not giving up and have gone to Krakow’s Prosecutor’s office again. “It is us who are the victims, and we are being made frauds,” said Mr Szymula. The General Prosecutor’s Office has decided to investigate the case and appeal.