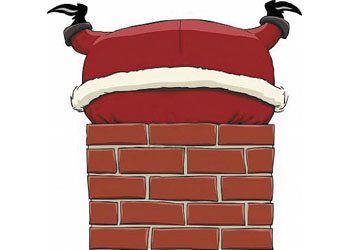 So we’re on the merry-go-round to Christmas again. Teachers in all schools are looking for teaching materials about turkeys, tinsel, how to make crackers or what jokes go inside them: Cracker joke no. 22: What does Santa suffer from if he gets stuck in the chimney? Claustrophobia. Remember, it’s traditional for them not to be funny – the bigger the groan, the better the joke. Explaining cracker jokes to students is a challenge too great for me and I’m more likely to reach for a Christmas Carol – the novel and the songs. (Cracker joke no. 136: What carol is heard in the desert? O camel ye faithful).

I’m no Scrooge but I am dismayed at how Christmas, as far as the shops are concerned, has already begun here before the December issue of the Krakow Post has come out. This has long been normal in Britain and the States, and one of the pluses of being in Poland used to be that Christmas began in December and was a delight rather than a weary, dragged-out exhortation to buy, buy and buy some more as soon as Halloween is over.

Most teachers are too busy for Christmas anyway. Reports have to be written in between rehearsals for the Christmas concert. And if the spirit of goodwill to all is to be maintained, some of those reports have to be very carefully worded indeed. (Cracker Joke no. 59: Why did Santa’s helper see the doctor? Because he had a low ‘elf’ esteem). Low elf esteem isn’t something any of us would wish on our students, so positive, healthy criticism as well as praise about progress can take some time to write.

If the stress of all those reports gets too much, I take myself away from the computer screen and get my class to sing. (Cracker joke no. 5: What do you get if you cross a bell with a skunk? Jingle Smells). Once home after a day at the chalkface, I mellow to the season even more with some really Christmassy smells such as the tang of orange and lemon peel mixed with cinnamon and cloves bubbling up in a pot of mulled wine. I’ve even brought my own Christmas pudding, so, once fortified by real Christmas food and drink, I can launch myself back into the seasonal jollities of school. (Cracker joke no. 47: What never eats at Christmas time? The turkey – it’s usually stuffed).

This year, as every year, I’ll be helping the little ones make the magi and trim our school tree. I have my Advent Calendar at the ready and an assortment of Christmas crosswords and word searches for the keen ones who get all the rest of their work finished first. I know the reports will be done and the concert as good as ever and once Christmas Eve is here I’ll be raising a glass to a Silent Night.

Before that, do remember why you should always be discrete at Christmas –there are mince spies about! (Cracker joke no. 10).

One thought on “Tales from the Chalkface: Always a Cracker”