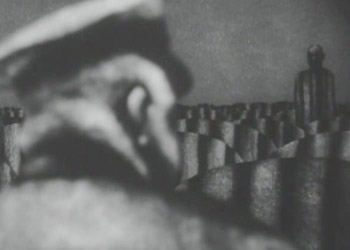 When Jerzy Kawalerowicz passed away in 2007, Jerzy Hoffman and Andrzej Wajda became the only remaining Polish filmmakers capable of inspiring enough confidence in producers to tackle historical epics. This clout, together with the generous support of Bank Zachodni WBK, enabled Hoffman to collect the 6.1 million US dollars needed to bring one of the most epic battles of the 20th century to the big screen. It was a clash that saw Polish forces commanded by Marshal Józef Piłsudski halting the advance of the Red Army on Warsaw. Many Poles refer to the victory as the Miracle on the Vistula, and attribute it to Piłsudski’s military genius. The success of 1920 Bitwa Warszawska is the product of Sławomir Idziak’s technical mastery. Idziak accepted a role in the project on the condition that the production would be entirely in 3D. A stubbornness worthy of the Marshal himself, played here by a heavily accented and charismatic Daniel Olbrychski, won Idziak the day. He coats a highly predictable screenplay with visually stunning cinematography – it rains wounded men, horses and explosions. Although unsurprisingly laden with heavy-handed patriotism, Hoffman’s epic is, nevertheless, indisputable proof of the technical maturity of the Polish movie industry.

In 1960 Dino Risi directed the Italian cult comedy The Easy Life (1960), which centres on a tragicomic road trip taken by two impenitent rogues across their country. With Baby Są Jakieś Inne, Marek Koterski has attempted to pen a Polish movie in the same spirit as Risi’s examination of the Italian economic miracle. Koterski, who proved his mastery of the intimate, black comedy with Dzień Świra (The Day of the Wacko) in 2002, narrows his focus to the relationships between men and women in a rapidly changing nation. He succeeds in putting entertaining dialogue in the mouths of the two leads, Więckiewicz and Woronowicz, who rarely leave the car throughout the movie. The two relentlessly pour out complaints about the habits of women, reproaching, among other things, the supposed female inability to understand right-of- way behind the wheel and their propensity to use credit cards for transactions involving trifling sums. The result is a movie that says more about men’s emotional weakness than it does about the mindset of women. It’s hard to see a potential export market for Baby Są Jakieś Inne – a far better introduction to Koterski’s work can be found in Dzień Świra.

Although Ryszard Czekała tried his hand as a feature film director in the 1970s, he will be remembered for the narrative urgency of his animated films. Film director Jerzy Kucia told me that the artists who once worked at the Krakow Animation Studio on ul. Kanonicza had little in common in terms of style and imagery. But Czekała’s cut-out animations, together with the works of Kucia and Julian Antonisz, contributed to a renaissance in Polish animation with an abrupt return to realism that was typical of the Cracovian school. Despite the censorship problems faced by Czekała’s debut Ptak (Bird) (1968), Czekala did not put aside brutal realism for Apel, which evokes the merciless suppression of a revolt in a Nazi death camp. With this black and white feature, Czekała placed himself with painter Andzrej Wróblewski and cineaste Andzrej Munk as part of a small group of Polish artists who succeeded in depicting the banality of evil during World War II without descending to Romantic grandiloquence.