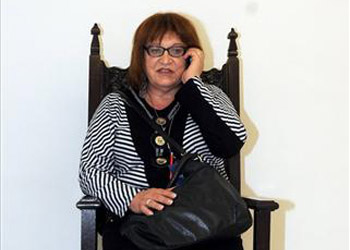 It’s easy to feel you are in a time warp walking the history-steeped streets of Krakow. The masses of dowdy pensioners, students clinging to battered leather satchels and the many young monks and nuns give the impression of a city guided by tradition and, more importantly, by the cloth.

It seems an unlikely background for the emergence of Ruch Palikota (Polikot’s Movement), a political party known for its liberal aims and unconventional candidates, but in October the city elected Anna Grodzka – now the world’s only serving, transgender parliamentarian – as one of its 13 representatives in the Sejm.

Grodzka told the Krakow Post that she is a small part of an ongoing change in social ideals and norms.

“My election proves that people are ready for change – the people who voted for me are proof that we are changing as a society. The majority of my support came from young, educated people, but I also received support from practicing Catholics, our older generation, people raised in the 1960s and the 70s, people not indoctrinated by the religious fever of the 90s. Over 100 artists in Krakow organized a letter of support. I didn’t expect that at all! My support was more varied than people assume and reflects the different attitudes in today’s Poland.”

Her first piece of parliamentary work will involve the revival of civil partnership legislation that will be submitted to the Sejm this month with the support of the SLD (Democratic Left Alliance).

“We have already starting working on a bill about civil partnership. We hope to resurrect bills neglected by previous governments and combine their best elements. This is something we will get moving on immediately, the success of this bill is a matter of basic human rights.”

The bill will surely face criticism from Poland’s conservative Law and Justice (PiS) party, as well as the Catholic church, which still holds significant influence in state affairs. A fervent critic of the church’s influence in affairs of state, Grodzka says the current situation is untenable.

“We will never accept a solution that would allow even the most minor influence of church powers in the affairs of state. The Catholic church’s grip on Poland is anti-democratic. For years we have been submitting to church authorities. By submitting, we have compromised the state. We want to remove the cross from the walls of the parliament – it symbolises the influence of the church in state policies. This proposal has been submitted. Right now the whole of Poland is a Vatican embassy, and this has to stop.”

Grodzka is also seeking to reverse the ban on abortion. The procedure was allowed on request under Communist rule but a law was introduced in the 90s outlawing abortion unless the woman’s life was in danger or the fetus was malformed.

“Returning the right to decide about their own bodies to women is imperative. The number of abortions carried out by Polish women is not hugely different to other countries. Many women leave Poland to have abortions. They either leave the country or stay here and have backstreet abortions.”

Another issue high on her agenda is the protection of Poland’s LGBT community, who are represented in the Sejm for the first time by Grodzka and Robert Biedroń, Poland’s first openly gay MP. Gay pride marches in Krakow have been targeted by violent, right-wing groups and there has been international criticism of perceived police apathy.

“Despite my election, the political situation won’t change the aggressive attitudes of fascist groups in Poland. Krakow has done badly and I now intend to speak to the authorities. The police were not aggressive themselves, but they neglected their duty to protect Krakow’s citizens. They pretended they didn’t see anything. Now they are trying to explain themselves, saying they did everything they could. No questions have been asked until now. I will continue to lobby on this front.”

Grodzka also lobbies for the rights of transgender people in Poland. “We have an NGO called Trans-Fuzja that lobbies for
legal solutions for transgender people in Poland and seeks to change the social stereotypes that exist here. The understanding of the problem is very limited. We help people actualize their gender through legal aid and psychological support. Transgender people who are isolated often commit suicide, unfortunately I have been affected by this personally. The transgender group has the highest rate of suicide out of the LGBT demographic. Life doesn’t have to be like this. Since I have started to live in my gender, I feel like I’m finally flying after years of living underground.”

Grodzka had her sex change surgery in Thailand 18 months ago, the culmination of a lifetime of feeling that she was born the wrong sex. Before the change, she was Krzysztof Grodzki and had a wife and son.