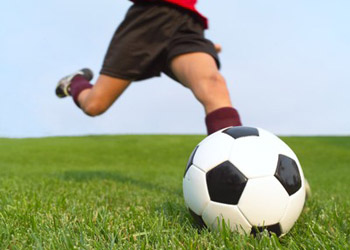 The luck of the draw was on Poland’s side Friday evening as the groups for Euro 2012 were finalised in Kiev. After five years of anticipation, Franciszek Smuda and his team must be thrilled with their chances of progressing out of Group A, which we now know Poland will share with Russia, Greece and the Czech Republic.

Likewise, Poland’s opponents should feel encouraged knowing that the likes of Spain and the Netherlands are not obstructing their path to the knockout round. While Group A has to be considered the weakest in the championship, any one of the four teams could conceivably make a surprise charge deep into the tournament.

The curtain-raiser for Euro 2012 will feature Poland and Greece at Warsaw’s National Stadium on June 8. History is solidly with the Poles for this match, as Greece arrive looking for their first ever win on Polish soil. The Biało-Czerwoni have a record of eight wins in as many meetings when hosting the Greeks, including three matches in the capital. More recently, the teams met in a friendly last March in Larissa, which ended in a scoreless draw.

After the opening match, the Poles will stay in Warsaw for a pivotal encounter with Russia. The long-time rivalry between the two has been dormant since their last meeting in 2007 – a 2-2 draw in Moscow. Russia reached the semifinals of Euro 2008 with Guus Hiddink at the helm, and now another Dutchman, Dirk Advocaat, is hoping to take the Russians a step further.

The Polish team will then travel to Wrocław to finish group play against the Czech Republic on June 16. Although the Czechs needed a playoff win to secure their place in Euro 2012, this will be their fifth consecutive appearance in the tournament. Poland and the Czech Republic split their two meetings during qualifying for the 2010 World Cup, each earning a win at home. In fact, the Poles have won five consecutive home matches against their southern neighbours dating back to 1964.

While each of the managers agree about Group A being evenly-matched, Smuda cautioned fans not to get their hopes up: “There is no sense in being happy in advance because it is not an easy group. The favourites are Russia and Greece, but we will fight to the end. We will do everything to get out of the group.”

Polish striker Robert Lewandowski echoed his manager’s comments: “Expectations will increase for sure, and I warn everyone: the fact that we found theoretically weaker teams does not mean that they can not play football or come prepared… Sometimes a game with such rivals is harder than with England or Italy.”

Should Poland advance out of the first round, they will meet one of the survivors from Group B, the so-called ‘group of death,’ which includes the Netherlands, Germany, Portugal and Denmark. Group B’s matches will take place in the Ukrainian cities of Lviv and Kharkiv. Group C, which consists of Spain, Italy, Ireland and Croatia, will have games in Poznań and Gdańsk. Tournament co-hosts Ukraine will play their Group D matches against Sweden, France and England in Kiev and Donetsk.