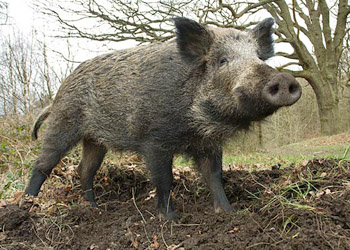 A 40-year-old hunter from Krakow faces up to five years in prison for shooting dead his wife – who he claimed he mistook for a wild boar.

The couple were with friends on a hunting trip in Silesia, when the incident happened.

Media in the Silesian city of Wrocław reported that the man told police he saw two figures come out from behind a tree at midnight. He opened fire before realising that it was his wife and a friend. The man’s wife, aged 43, died of gunshot wounds.

The public prosecutor has since confirmed that the man had not been drinking and had the correct permits for hunting.

Investigators are now deliberating over whether the man should be tried for involuntary manslaughter.

The body of a Krakow-born MP who died in the Smoleńsk air crash last year has been exhumed at the request of his daughter.

Zbigniew Wassermann, of the Law and Justice party (PiS) was on board the plane that was also carrying the president and other key politicians and military personnel. His daughter Małgorzata persuaded the authorities to re-examine Mr Wassermann’s body because she had doubts about forensic information conducted in Russia.

The prosecutor’s office confirmed that there were no doubts that Mr Wasserman had been correctly identified. The Polish Press Association (PAP) reported that, in the interests of Mr Wasserman’s family, the details of the new examination would not be made public.

Wi-Fi On the Go

Passengers using the main railway station in Krakow will be able to access email and websites through a wireless internet connection – but not until next year.

Train operator PKP SA said it would install wi-fi at Dworzec Główny to bring it into line with other major stations in Poland’s big cities. However, a spokeswoman for PKP could not confirm that the railway station at Płaszów would also get the service.

She said: “At present it is difficult to say whether a Wi-Fi network will be installed at this station because it is used by far fewer passengers.”

Ever encountered a mishap in public and muttered something that would not please your mother? In the future it could prove to be a costly reaction.

The Justice Ministry wants to change the law about using abusive language in public, to bring in fines of 3,000zl. The same law would also see fines increased for offences such as street loitering, setting a dog on someone and making nuisance calls to the emergency services.