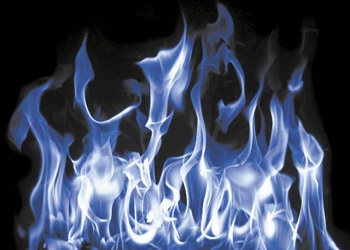 Thanks to the expertise of its academic institutions, Krakow has become the centre of ongoing discussions and research into shale gas extraction in Poland.

Krakow is also to host a new institute intended to improve public perception of the ‘blue gas’ – the Energetic Analysis Centre (EAC) at the Józef Tischner European University.

“In Poland we have many technical experts in the shale gas field, but not many people specialise in the so called ‘soft skills’ that surround shale gas research and exploration. This gap will be bridged by the EAC,” said Jarosław Gowin, rector of the JTEU.

The EAC is an online platform tasked with collecting and presenting the best practices in shale gas exploitation from countries with greater experience in the field. Its creators want to ensure that Poland has access to the latest information in this field, and also to facilitate communication between experts from Poland and abroad.

The EAC is also to evaluate information presented to the public by commercial gas giants interested in Poland’s unconventional gas resources.

A post-grad studies course will also be launched to educate technical specialists in social and political dialogue with respect to their work on shale gas and potential changes in the world resulting from shale gas research in Europe.

“We are not in competition with the mining and metallurgy faculties of the AGH University of Science and Technology, we intend to complement them,” stressed Mr Gowin.

In mid September representatives from gas concerns including Shell, Chevron and Encana, scientists, engineers and local community representatives met in Krakow to talk about preparations for shale gas extraction in Poland.

International energy companies are attracted to Krakow by the large number of specialists working at or connected to the city’s AGH University of Science and Technology, which is pre-eminent among Polish R&D centres dealing with fossil fuels.

In September alone Krakow hosted three international conferences on shale gas. One conference, organised by the Exxon Mobil Corporation, featured a filmic reply to Josh Fox’s controversial movie Gasland about the dark side of shale gas extraction in the United States.

The sheer volume of shale gas expected to be found in Polish deposits, as well as the seeming social acceptance of its exploitation, are what make Poland so attractive to energy companies.

Young people are well aware of the potential opportunities – applicants for some AGH courses exceeded the number of places available threefold this year.

Krakow’s specialists can, however, already feel the competition breathing down their necks. Universities in Gdańsk, Wrocław and Rzesżow are already thinking about opening their own departments dedicated to the skills involved in extracting unconventional gas.

Industry watchers are, however, predicting a shortage of qualified teachers in the near future. “International concerns always pay multiples of what state companies can offer, not to mention universities, where such remuneration is just not possible,” said Prof. Stanisław Rychlicki, who is on the board of state energy company Polish Petroleum and Gas Mining (PGNiG).

In next month’s Krakow Post we will report on the proceedings of the European Unconventional Gas Summit held at the end of September.