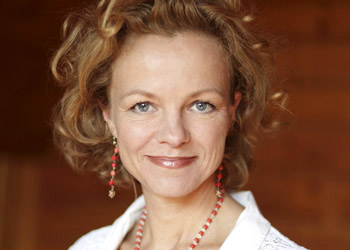 I am writing to you from Denmark where a dear friend of mine seems to have gone mad because of a Polish fellow. They had a one-night stand in a Danish disco, and when she agreed to visit him in Krakow she was welcomed by a big surprise. Her lover had showed her photo to every person at the airport exit and asked them to hand her a long stemmed, red rose with the words: “Hey baby, Andrzej chce się z tobą ożenić.” What on earth does it mean? She is totally crazy about him and wants to move to Poland immediately.

Literally it means: “Andrew wants to marry you,” but in a broader sense it means that your friend has encountered one of those irresistible Polish chaps with a flair for seduction.

Poland remains one of the few countries where a man is free to be gallant in a wildly romantic, old-fashioned way. The legendary winged hussars and the Polish airmen of WWII are just two examples of the gallantry and heroism that Polish men have modelled themselves on for generations.

In the first stages of courtship it can be intoxicating to be swept off your feet by a man who seems to know that he really wants you. The sobering truth, however, is that once the initial folly of being in love has worn off, exactly the same issues face Polish couples as couples anywhere else in the world. Falling in love is simply nature’s glue – it ensures that we want to mate – and Polish chaps have a particular talent for making a woman feel feminine and appreciated.

Once the initial euphoric ecstasy has run its course, the hard work begins, and this is where the picture becomes less rosy for an ambitious woman.

It is no coincidence that the average age at which Poles marry has risen from early 20s to early 30s, that the number of children per couple is falling and that the divorce rate is soaring. An increasing number of single mothers are claiming that it is less hassle to do everything themselves than it is to have a second child in the guise of a demanding adult male.

So where does this leave your Danish friend? Being in love connects you with your own life energy and provides the most exquisite pleasure of all – though it is short-lived.

If your Danish friend is sincere, and she is willing to surrender to the process, you can safely let her stay in Poland. She will marry more than just Andrzej. She will enter a country rich in culture, contradictions, charisma and charm – an eternal enigma to any foreigner, regardless of his or her background.

In the end, there is no such thing as the perfect partner and love is not something that you find, but something into which you may grow. Seen from this perspective, it is almost irrelevant who your partner is.