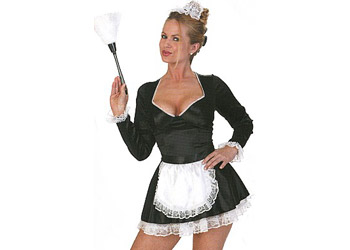 Krakow Post readers will be pleased to note that the only connection this newspaper has with News Corp. and the Evil Professor Murdoch is that Sky Sports is occasionally on in the background of the bars we frequent. I closed down our phone hacking department months ago after an unfortunate incident in which a researcher lapsed into a coma while listening to a recording of President Komorowski droning on about his dry cleaning.

Schadenfreude is enormously tempting, partly because it provides an opportunity to use the word ‘schadenfreude,’ but also because we’re jealous – it’s hard to imagine the Krakow Post doing something that would get us headline coverage around the globe. We are, admittedly, a relatively small newspaper, but a bigger problem is the fact that the majority of our readers can’t vote here, which means politicians don’t need to care about what we say. It is, therefore, very satisfying to present Anthony Casey’s interview with Krakow politician Łukasz Gibała in this edition. The non-Polish population of Krakow is large and growing. We pay our taxes and are a part of the community. It’s time our voices were heard.

To return to the point, insofar as there was one, I’ve been making a special effort this month to immerse myself in Polish yellow journalism. The Polish media are generally tip-toeingly respectful of the great and the good of Polish society but there is no lack of ambition to copy the most sensational aspect of the West’s achievements in the bludgeoning of general IQ.

I’ve become a particular fan of UWAGA! on channel TVN. Any program that announces itself with the title ‘Look Out!’ in bright yellow block capitals immediately commands my respect. This week we were treated to an in-depth report into the phenomenon of topless cleaning ladies. These are deliberately topless or scantily-clad cleaners rather than the merely absent-minded variety. The idea is that you fork out 200 złoty an hour in return for watching a pair of women wearing only their knickers hoovering your dining room.