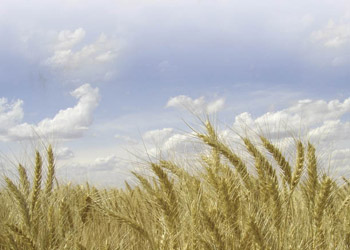 This month’s column is about the humble seed. This might seem like a strange choice of subject, but there is currently a war raging in the Polish parliament over seeds that could have far reaching consequences for Poland’s farmers and consumers.

The issue at stake is whether the planting of genetically modified (GM) seeds will be permitted on Polish soil. GM seeds have been developed, usually by commercial companies, to have certain characteristics. For example, they may be resistant to drought, flooding or specific parasites. They can also be engineered to be rich in particular vitamins and minerals or even drugs, which brings a whole new meaning to the phrase “an apple a day keeps the doctor away.”

At the moment, planting GM seeds is illegal in Poland but the government is under serious pressure to change the law, mainly from producers touting GM as the solution to the increasingly urgent need to feed a growing global population. As with many new technologies, there are many questions and the debate is fierce. The evidence for the health effects of GM seeds is inconclusive but the economic arguments against them are more persuasive.

Unlike traditional, native seeds, GM seeds don’t come cheap and environmental organisations such as Greenpeace are concerned that once the poorest farmers are seduced into buying GM seeds they will be ruined by the associated costs. Many GM seeds are created to be resistant to a particular herbicide that only the seed manufacturer produces. In order to achieve the promised yields, farmers have to douse their fields with the right herbicide – in effect, they pay twice.

Furthermore, farmers using GM seeds are not allowed to keep seeds from the harvest, as their predecessors have done for centuries. They have to buy a fresh batch every year. In countries where climate change, drought and erosion pose serious risks, farmers can be ruined by one unsuccessful harvest if they have no seed store to fall back on.

Poland has defied the EU in banning GM seeds but our politicians have been under increasing pressure to reverse this decision. In July this year, an amendment to the Seed Act was put forward by the ruling PO (Civic Platform) party and PSL (Polish People’s Party). Even though an earlier clause specifically forbids the planting of GM seed, the amendment would allow them to be traded and recorded in the national seed catalogue. Since no court in the land would prevent farmers from planting what is on the official list, this would effectively open the door for GM crops to be planted in Poland.

The fight against the new clause is being led by the Stryszów-based International Coalition to Protect the Polish Countryside (ICPPC). The ICPPC was founded by activist Jadwiga Łopata, who has received the Goldman Prize, the ‘ecological Nobel Prize,’ for her work, and Sir Julian Rose, one of the UK’s first organic farmers.

What the ICCP finds even more worrying is that the government is trying to restrict the availability of non-hybrid seeds, the traditional old varieties that you might expect to be the mainstay of farmers’ existence, to just 10% of the seed market. The ICCP says this would put Poland’s food chain firmly in the hands of corporate agribusiness and knock out small and independent producers and traders.

With the seed market worth hundreds of millions of euro annually, the ICPPC is up against major global players. Whether a tiny NGO from a small Polish village can mobilise enough public opposition to persuade politicians to stand firm remains to be seen.