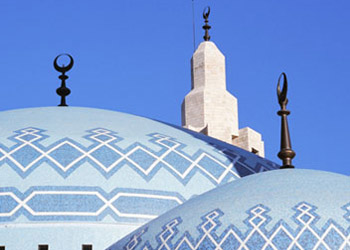 Experts on Islam and Muslim activists came together for a panel at the Joseph Tischner European University in Krakow in July to share personal stories of the Muslim experience in Poland, and how it is changing with the influence of the Arab Spring.

“Muslims should feel as comfortable in Poland as they do in their native countries. But do they actually feel this way? Is it easy to be a Muslim in Poland and to practise Islam in our country?” asked Dr. Konrad Pedziwiatr, an associate professor at the university, who led the discussion titled: “Muslims in Poland: Do Muslims Feel at Home?”

The Małopolska region, which includes Krakow, is home to about 300 Muslim families. Between 25,000 and 40,000 Muslims live in Poland. People of Syrian, Egyptian and Turkish origin play an important role in the community organisations, said panel experts. Muslim communities have lived in Poland continuously since the 14th century when Tatars settled in the Polish-Lithuanian Commonwealth, but many of the current Muslim population arrived after 1970.

Panelist Urszula Chlopicka-Khan, a Muslim Pole from Lublin, said of her experiences: “I am a Pole. There is more that connects me with Polish than with Arabic culture. I don’t think about whether I do or do not belong in Poland. This is my home. But there are people that want to chase me out and they tell me that straight out. Where am I supposed to go?”

Dr. Beata Abdallah-Krzepkowska, a Muslim Pole from Katowice who teaches at the University of Silesia said: “We are looked at as outsiders. This comes from a stereotype that a Pole is a Catholic – not necessarily true. It’s hard for some people to understand that we are at home. We’re not tied to any Muslim countries.”

Dr. Hayssam Obeidat, a Jordanian-born, Middle Eastern Studies professor at Jagiellonian University said of his own experiences: “I don’t meet discrimination. Many Muslims in Poland are well-educated, most of them are working, and do not meet discrimination at work or at university. I studied here, I get grants without problems. No one makes judgments as to me being an Arab or a Muslim. In my personal situation, I feel comfortable in Poland.”

However, Dr. Obeidat believes the general Polish attitude towards Muslims has become more aggressive, and that US attitudes affect Poles: “The US has a strong influence on Poles’ opinions. There was a change among Poles after Sept. 11.” Dr. Obeidat said that in 2003 he organised an Arab cultural event where: “We dressed students in hijab,” which includes a head scarf worn by some Muslim women, “and they met such aggression. Before, that attitude didn’t exist. After Sept. 11, I think Poles changed 180 degrees.”

Audience member Mahmoud Vahedian, 29, from Iran said he felt safe in Polish cities, but has experienced discrimination. He recounted an incident in which he and friends, one a Muslim woman wearing hijab, were harassed by “security guards” in Warsaw’s Old Town.

Dr. Pedziwiatr shared another experience of a Muslim woman in Poland, also wearing hijab: “One of the leaders of the Muslim community in Warsaw told me that a Muslim woman was on a tram when another passenger got off, saying, ‘I’m not sharing a space with terrorists.’” Part of the problem is that “most of the information Poles have about Islam comes from the media,” which in Poland frequently portrays Muslims as terrorists and plays off Muslim stereotypes, said Dr. Pedziwiatr.

But Polish attitudes towards Muslims may be changing again, particularly with Poles watching the Arab Spring. “The relationship between Poles and Muslims is dependent upon what’s happening abroad. The Arab Spring is an important event for Poles,” said Dr. Pedziwiatr. “They are following what’s been happening in the Arab world – that Muslims are normal people who want the same rights and freedoms as we do.”

Muslims’ situation in Poland is also improving with the growing visibility of Muslim activists. “Muslims are shaping the debates about Islam in Poland. This is something that didn’t happen before. The leadership of the community consists mostly of doctors, university professors, engineers. They are at the forefront of what’s going on.”

Panelist Musa Czachorowski, spokesperson for the Muslim Religious Union (Muzułmański Związek Religijny) and Chief Editor of Muzułmanie Rzeczpospolitej, said people outside Poland are often surprised there is a Muslim community here: “A friend was at a conference in Belgium a few years ago. The conference was about assimilation. There were Muslims from all over. My friend asked, ‘Why didn’t you invite Muslims from Poland?’” to which the shocked response was: “You have Muslims?”

Dr. Pedziwiatr said Muslim and Polish communities need to see and hear Muslim activists speaking on Muslim issues. “It’s a very complicated picture. It’s important to show that these people are real, that they have interesting things to say. The community is getting internal integration, and is starting to have leverage in public, political debates. The community is getting more organised.”

84 thoughts on “Muslims at Home in Poland?”