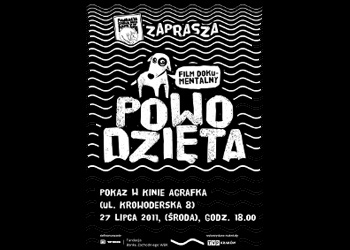 The Krakow Foundation Czarna Owca Pana Kota (Mr Cat’s Black Sheep) has made a documentary about the tremendous help spontaneously given to homeless dogs and cats during last year’s floods.

A queue of people formed in front of Krakow’s animal rescue centre last May as Cracovians answered the call to provide temporary homes for several hundred dogs and cats threatened by the rising waters. According to Czarna Owca Pana Kota, these events were so unusual in a society that is usually reluctant to re-home abandoned animals that it deserves to be recorded in the form of a documentary.

“We want to recreate the amazing atmosphere of social mobilization among Krakow’s citizens, thanks to which hundreds of cats and dogs were adopted in just one day,” said Joanna Wydrych, a spokesperson for the Foundation. “In contrast to numerous media reports about animal mistreatment, this behavior was completely opposite and positive news, and we want to encourage this sort of attitude in people.”

The idea of commemorating the Krakow flood rescue originated during the making of another documentary, Stan Zakocenia, about the problem of stray animals in the city. Animal welfare activists working on the film met many people who had helped during the flood evacuation. They decided to interview as many of these people as they could find, as well as regular and volunteer workers who were at the animal rescue centre at time and even a journalist who reported on the evacuation.

“It is our belief that the film may have a great impact not only on encouraging help for stray animals and animal adoption, but also on educating the next generation and creating animal and people friendly space as well,” stresses Wydrych.

The public will have a chance to see the finished documentary, titled Powodzięta, at 6pm on Wednesday July 27, at Kino Agrafka (ul. Krowoderska 8).